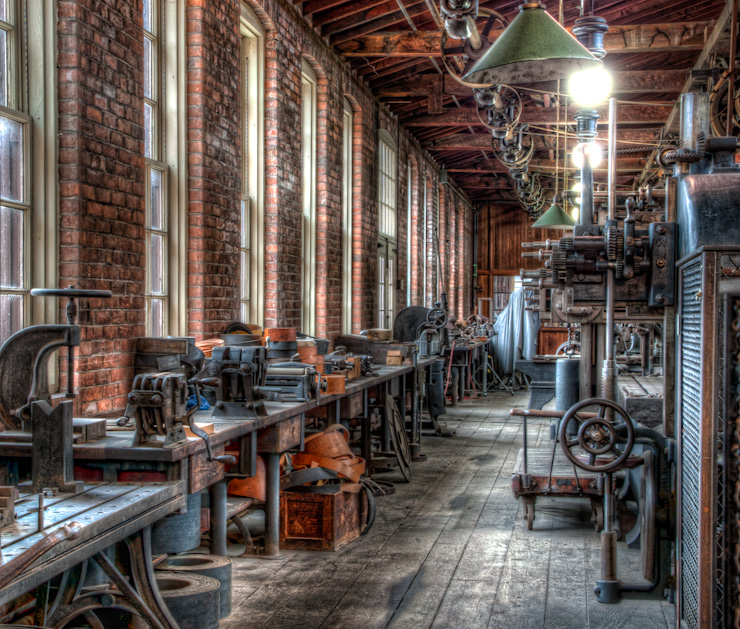 The Armington & Sims machine shop in Greenfield Village was built in 1929. It was named after a maker of steam engines in Providence, Rhode Island. The building houses a working machine shop which would have been used as a ‘job’ shop to build and repair various parts for industry. The shop was originally powered by steam, with the steam engine sending its power to the machinery via a system of belts and pulleys. If you look near the top of the image, you can see a series of pulley wheels and their belts which power the machines to the right. Today the shop it powered by electricity. While primarily an exhibit of what a machine shop would have been like in the day, the shop is still used to produce parts for items needed in the village and museum.

The image was created primarily in Photomatix from a combination of 6 exposures (would have been 7, but I miscounted when I took the shot). As you can see below, the image was originally a vertical shot, but I thought a more focused crop looked better. After processing was completed in Photomatix, I used the Topaz Adjust tool to add some additional microcontrast. 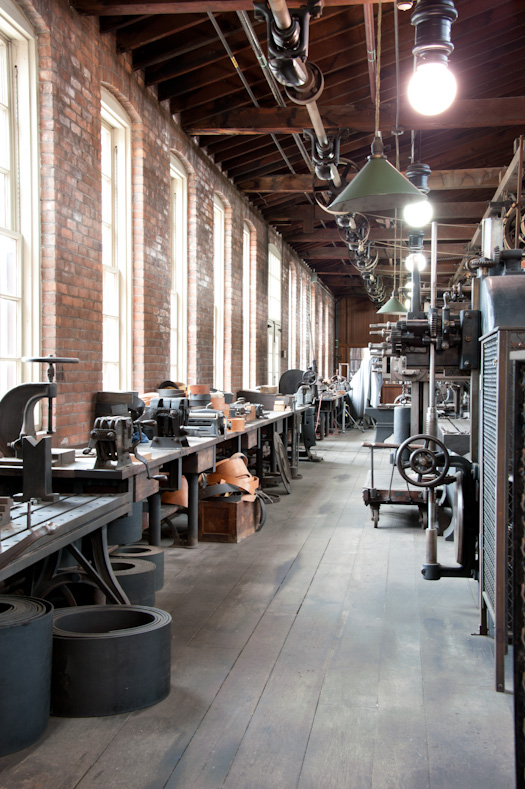