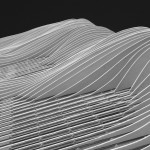 This is the second in a series of shots of Aqua Tower that I took on a recent trip to Chicago, Illinois. The most distinctive feature of this building is the undulating surface created by the irregular shaped floors. The building was designed by Studio Gang Architects, and on their website they have a video which illustrates the concept behind the design. The building is located in an area which contains several other tall buildings around it. However, there are still angles from the building which provide views to some interesting areas of Chicago. The various bulges in the building provide views from balconies that would not be possible without the extra ‘bump’. Of course, the bulges also create a unique piece of architecture as well 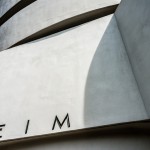 On a recent trip to New York City I had the opportunity to spend a little time outside the Guggenheim Museum. It was late in the day and I didn’t have the time to actually go inside so I decided to get some exterior shots. I’ve always been fond of the design of this museum and I wanted to capture some of its details. For me the two things that stand out about this museum is the unique inverted ziggurat he used as the main display area, and the typography used on the exterior lettering. The plain white concrete shapes with the simple black lettering really appeal to me. I was trying to capture something a bit more abstract than just a regular architectural shot so I played with different angles. I liked the angle on this shot, but the image was rather flat coming out of the camera. I used a few different tools in Lightroom 4 to help bring out the texture of the surface and to increase the contrast. Probably the change that had the most effect was bumping the clarity up to 100 while reducing the highlights and blacks. 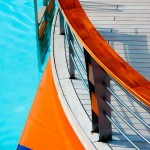 I’ve always been attracted to images with a strong graphical quality, whether they are color or black and white. When I was wandering around our cruise ship I had my eye out for subjects which might make interesting subjects. This image was taken from a bridge which overlooked the pools on the Freedom of the Seas. The pools have a variety of colored elements which make for interesting visuals. For this shot I simply pointed down at a portion of the pool and attempted to capture an interesting pattern of shape and color. 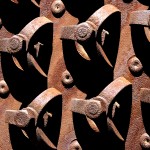 This is another shot taken of the ‘bone yard’ at Greenfield Village in Dearborn, Michigan. This is a picture of a part of an old boiler (I think) which sits outside of one of the museum exhibits. This area is ‘littered’ with old boiler parts, coal and other items from an old machine shop. I was visiting the village for their annual Motor Muster event. The day was quite sunny and I liked the strong shadows created by the sun shining on the old boiler parts. Processing consisted mainly of increasing the contrast to make sure I captured the feeling of the scene. 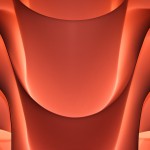 Here’s an image that is a bit different than what I’ve been working with recently. This is actually an older image that I took at a friend’s house a couple of years ago. The image shows a Le Klint 172 pendant lamp, tinted to give it a little color. I took the shot by first turning the light on. I focused in on various parts of the lamp until I got a composition that I liked. For this image, I took the raw image, added some contrast and then played with the hue/saturation slider until I got a result that I liked. I have a couple other versions of this lamp, including a black and white image that I really like. I recently found a group on Flickr which is devoted to Le Klint.

Lines in the Sand

This shot was taken in North Myrtle Beach, SC where I had spent some vacation time last year. The beach there is quite wide and firm at low tide and people like to ride bicycles on the sand, particularly recumbent tricycles. People really seemed to like to ride these things in circles, making interesting patterns in the sand. I was heading out of our hotel room to look for pictures to take and I noticed these two cyclists on the beach making some interesting patterns in the sand. Just as I was framing the shot, they decided it was time to move on. I had wanted to capture both cyclists as they were riding, but I was only able to capture one, just as he was leaving the edge of my composition. While I wish I had a shot of both of them, I am actually quite pleased with getting the one cyclist.