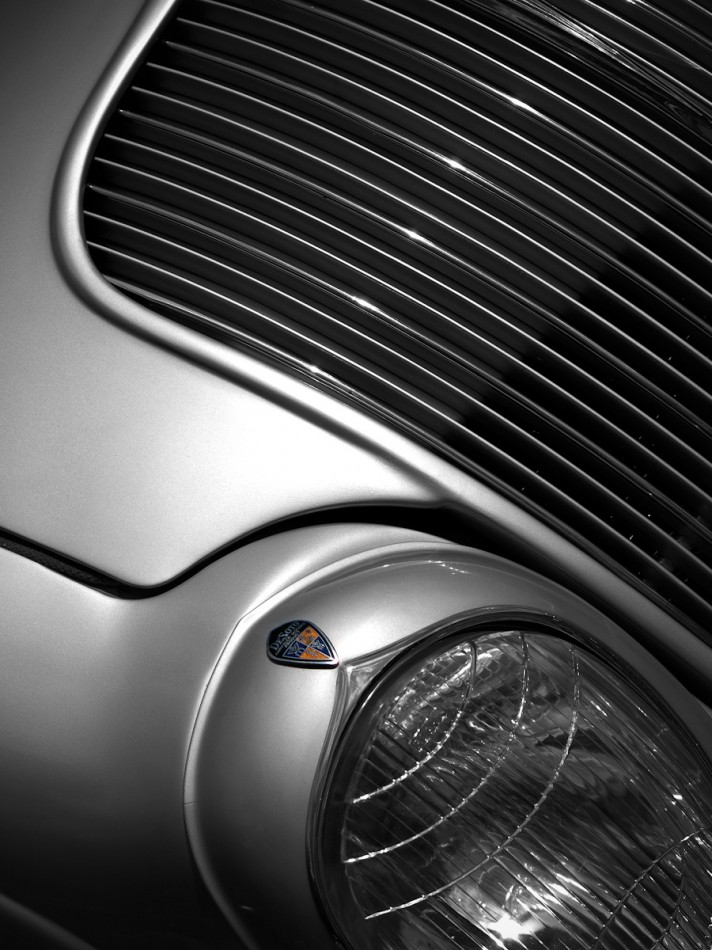 Every year I look forward to the Concours d’Elegance car show held at Meadowbrook Hall in Rochester Hills, Michigan. Each year this car show brings in over 200 classic cars, many of which are rarely seen in public. This year was the 30th year the event had been held at Meadowbrook. For those unfamiliar with automobile history, Meadowbrook Hall was built by Matilda Dodge Wilson and her second husband Alfred Wilson. Matilda was the widow of John Dodge, one of the founders of the Dodge Brothers Company which was later sold to Chrysler. Hence, this location is a very appropriate place to hold a car show.

This particular image shows the grillwork of a 1934 DeSoto Airflow automobile. DeSoto was a Chrysler brand from 1928 until 1961. The Airflow was a unique vehicle for the time. It used unibody construction, which was a new concept at the time. The car also was one of the first to use a streamlined design. Unfortunately the American public wasn’t ready for this new styling and coupled with some notable mechanical problems, the car was a failure.

This image has had only minor processing done to it. Contrast was increased and converted to black and white. I masked the nameplate to bring back its color. The color of the car was a gray, and the color in this image is almost exactly what the color looked like in the color version. Converting to black and white also removed a blueish cast from sunny sky.