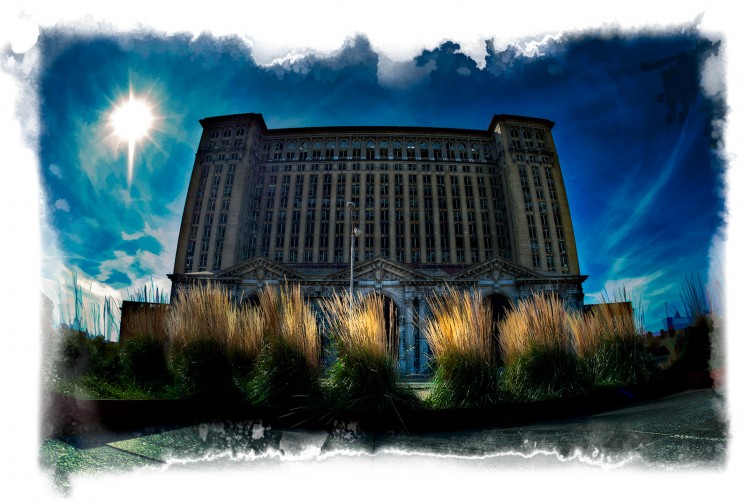 The shot was taken with my 15mm Sigma Fisheye. I’m not sure I really care for the bowed effect in this shot and debated about letting Lightroom do a lens correction, but I decided to keep it as shot. I took a series of 5 shots, hand held, and combined them using Photomatix to create an initial HDR image (seen below). I then took the HDR image into Photoshop and used OnOne Software’sPhotoTools to play with the image. I didn’t have any particular look in mind when I started, I was just trying out some filters, mostly from the HDR collection, to see what effect it had on various parts of the image. If I saw something I liked, I would alter the opacity and brush it in to the places where I thought it looked good, and removed it from places that it didn’t. I then used the PhotoFrame tool to add an ‘Acid Burn’ edge to the image. I finished the image off with Topaz Simplify which I used mostly on the sky and to a lesser extent the rest of the image. 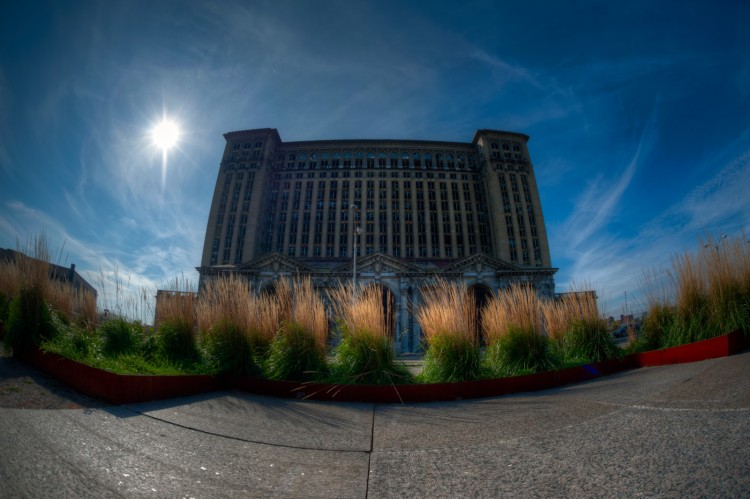 Love to hear your comments on this one.