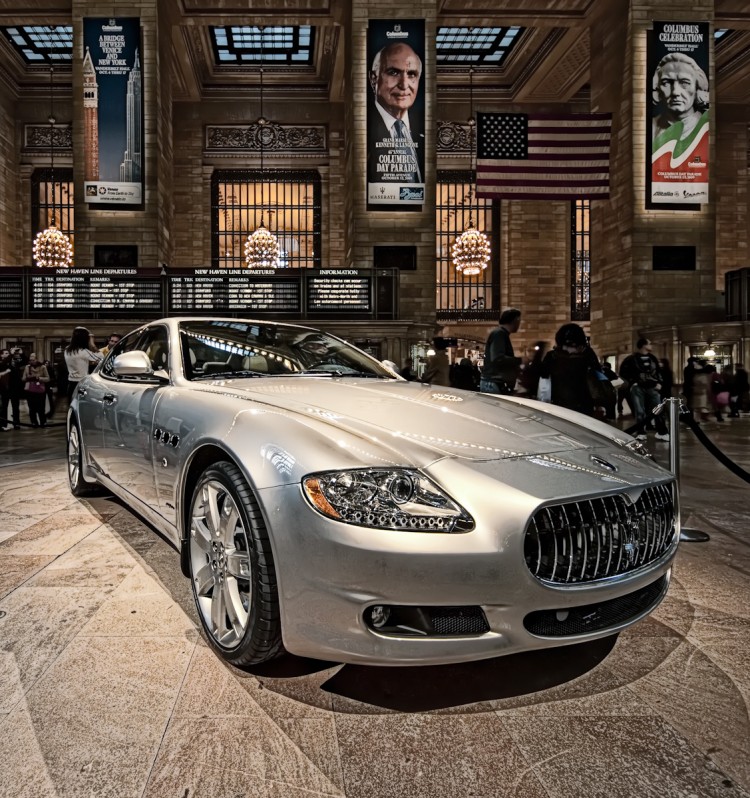 This shot was taken a couple of years ago when my wife and I were in New York City celebrating our anniversary. My wife had never been to Grand Central so we decided to check it out. On display in the main concourse was this Maserati Quattroporte automobile. I like shooting cars and architecture, so this seemed like a perfect combination! It was cloudy outside and there wasn’t a lot of bright light flooding Grand Central so the lighting wasn’t the greatest. I was using my Olympus E-3 which tends to be grainy at higher ISO’s so I stuck with ISO 100. The car was isolated from the unwashed masses with heavy velvet rope held up by a series of metal poles. I was able to set my camera on top of one of the poles to get this shot. The image is rather sharp even though the exposure was just 1/6th of a second.

Processing involved a couple of different things. First, I created a square crop to make the Maserati a strong element in the image. I also adjusted the white balance a bit, the original was just too yellow. I also like what it did with the hanging posters in the background. I used Topaz Adjust to bring out some detail, mostly in the floor. In an earlier version of this shot I also used Topaz Simplify in a mode which created more of a line drawing and combined that layer in luminosity mode which made for a ‘crunchier’ image. It looked ok, but it made the car too noisy and I decided that I didn’t like it. I finally settled on adding a bit of local contrast using PhotoTools, using it a a very low level to avoid halos. You can see what the image looked like out of camera below. 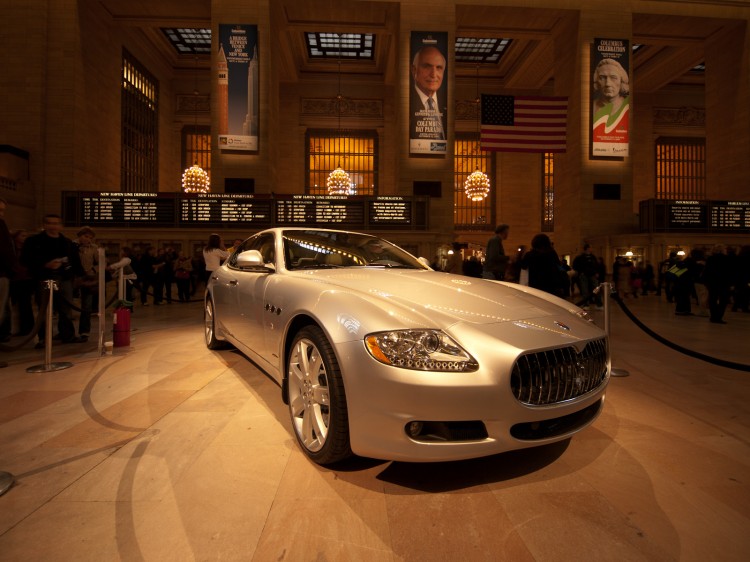