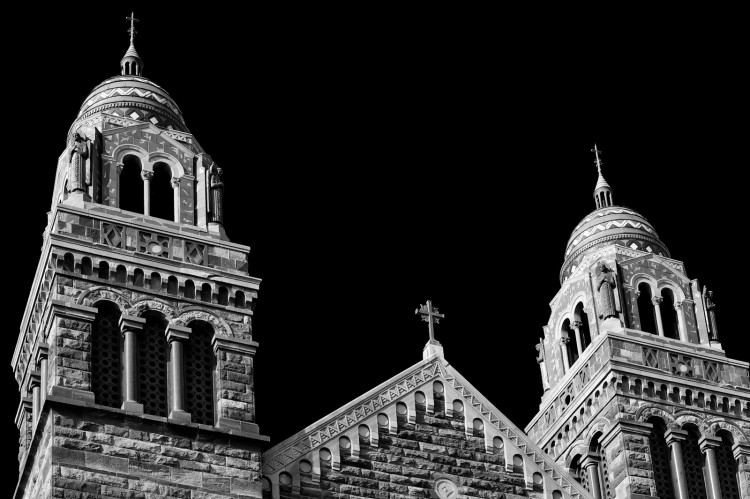 Today’s image is a close-up of some of the details that made St. Peter’s Cathedral so interesting. If you saw yesterday’s post, you know this picture is of St. Peter’s Cathedral in Marquette, Michigan. When I first saw this church my eyes were immediately drawn to all the neat details. The building has lots of carved stone and a variety of colors, mostly in the domes. The HDR image I posted yesterday tried to convey the colors and today’s image is focused on the details.

In processing today’s image, I tried a couple of things that I haven’t done before. I had recently watched a Kelby Training course with Moose Peterson where he did some processing on a landscape image using Photomatix to generate a single image HDR. His goal was to use Photomatix to bring out detail in a flat sky. I haven’t really used the single image HDR ability of Photomatix before, so I thought I would give it a try with this image. I didn’t have a flat sky to contend with, but I was curious to see if the processing would bring out more detail. I was pretty pleased with what I got, although there were probably other techniques/tools that I could have used to accomplish the same thing.

After I had my basic color image, I decided that I wanted a high contrast black and white. I had the image in Lightroom, so I did the black and white conversion there. I wanted to have a dark sky, so I slid the blue slider all the way to the left to completely blacken the blues in the image. However, in doing so I also blackened some blue elements in the building which I didn’t want to do. So, I created a virtual copy of the color image and did a second black and white conversion. This time I made the blue elements almost white. I selected both images and opened them as layers in Photoshop. The bright blue version was on top, but I wanted the dark sky, so I added a layer mask and filled it with black. I then selectively painted white to bring back the ‘white’ blue areas that I wanted from the brighter image. A bit of sharpening and the finished image is what you see above. 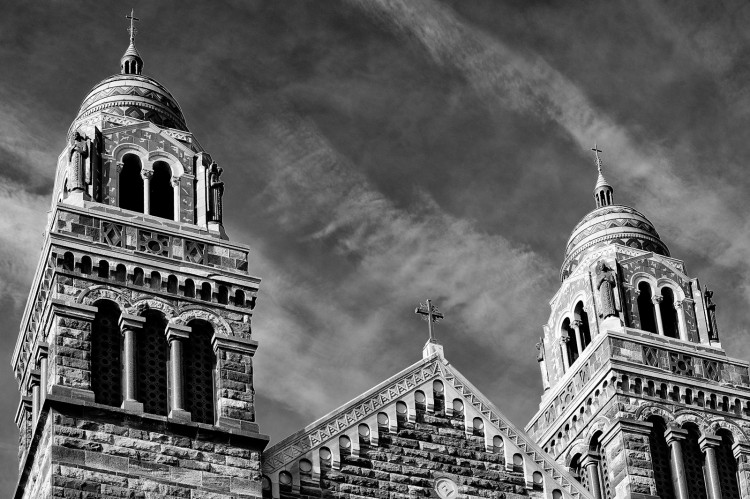 Most of the time when I do black and white processing I use Silver Efex Pro 2 from Nik Software. I decided to see how that would work on my color image. One of the things which surprised me was that I couldn’t get a really black sky by reducing the blue. No matter, I decided to go in a different direction for this version anyway. I used the structure capability to bring out some of the fine detail and I played with the contrast. I like how the wispy clouds came out and I like the overall crispness of the image. I think I still prefer the first image just for the dramatic contrast, but I like this one as well. With either image, I think you can see that it is possible to create a dramatic image out of a fairly flat looking raw image. 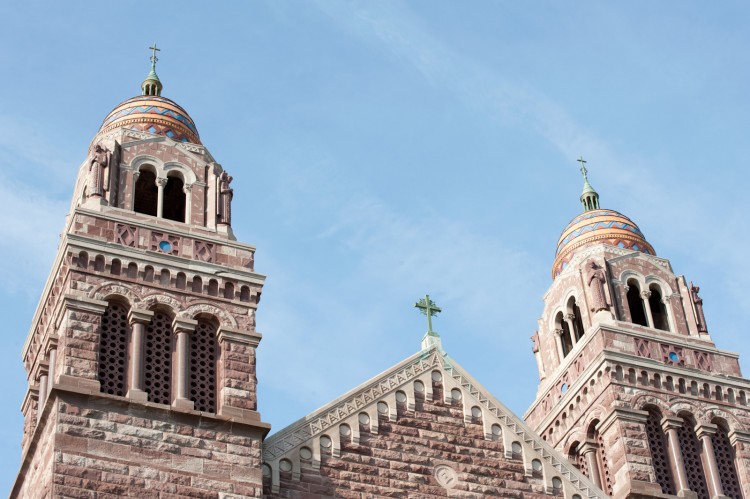 Comments and constructive feedback are more than welcome.