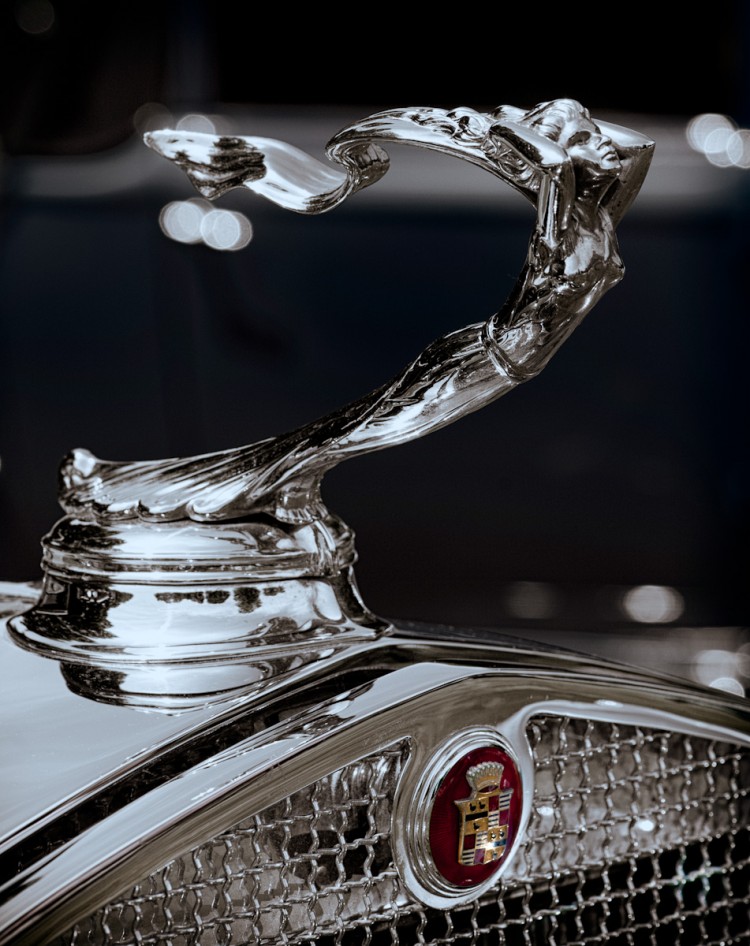 Every time I visit a classic car show I try to get some shots of the ‘mascots’ which were used to adorn the radiator cap. Most of the time when I review the final image I’m not happy. What I want to get is a shot which is sharp for the ornament, but without a distracting background. In a controlled setting you could control the background, but at an outdoor show it’s hard. I have seen photographers set up their tripod, set up the shot and then get behind the ornament with a black cloth to create a better background, but I’ve never been quite that ambitious. What I try to do instead is find an angle which finds a neutral background. Sometimes the car next door works well, sometimes it’s the trees. The really tricky part is getting the sharpness right. For this shot I used the Nikon 105mm macro and I’m quite pleased with how it came out. At f8, I was able to keep most of the foreground sharp, but get a nice blurry background. For you car fans out there, this ornament was on a 1930 Cadillac V-16 Fleetwood Cabriolet. The car was one of many fine automobiles on display at the 2011 Eyes on Design car show held at the Edsel and Eleanor Ford mansion in Grosse Pointe Shores, Michigan. 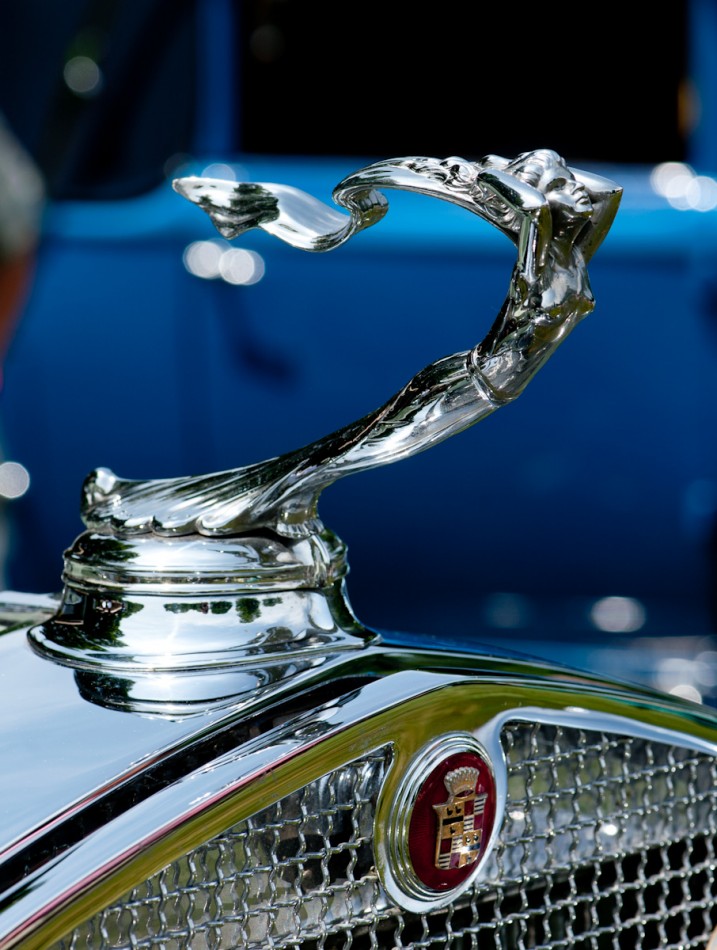 I would be happy if you would let me know what you think, good or bad. Thanks for looking in!