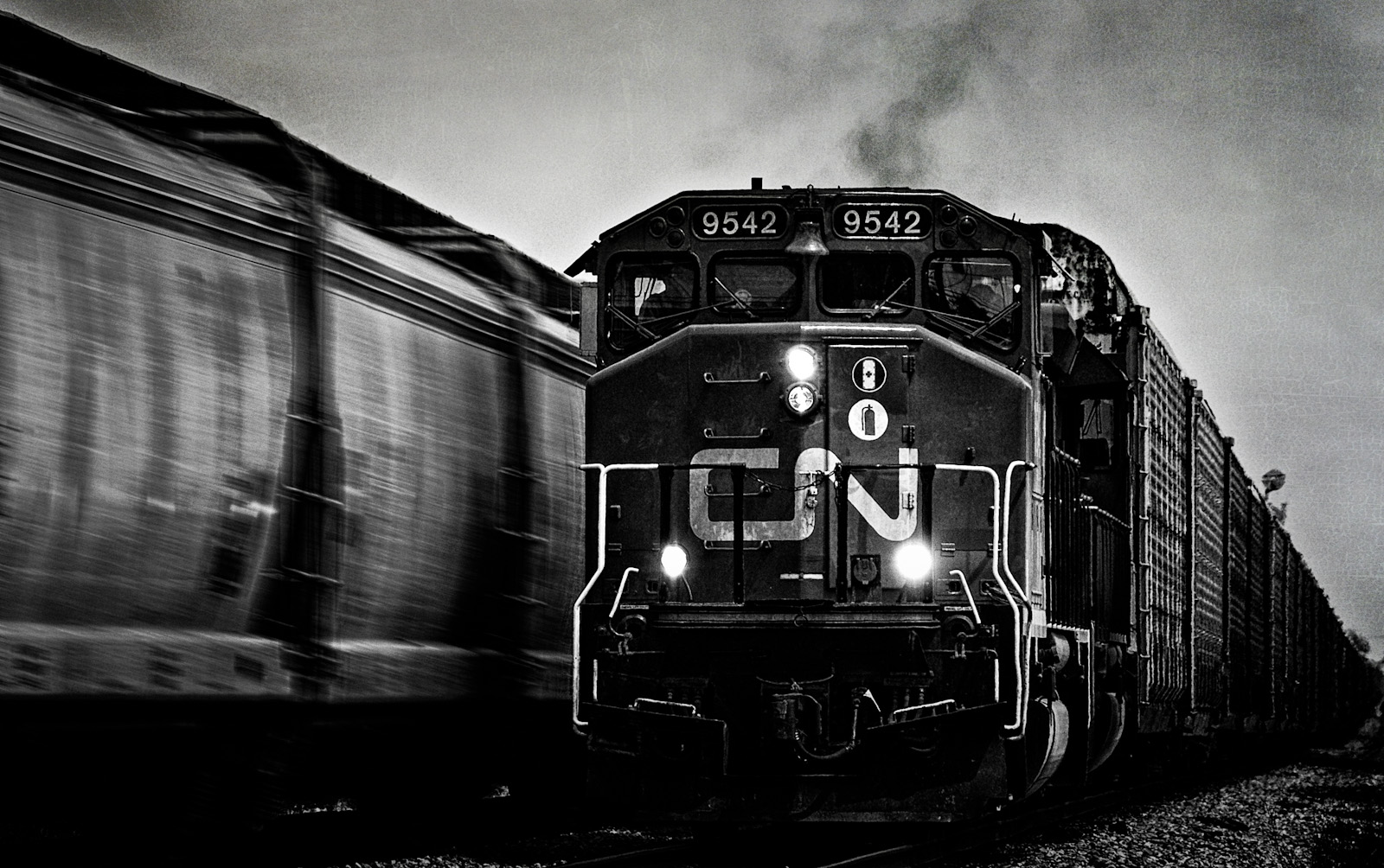 The original finished image (shown below) was the result of quite a bit of Photoshop work. I added some motion, cloned out some wires and produced a sepia toned image. I have a full description of all the processing that went in to that image on my Image Notebook blog. Anyway, the one thing which always sort of bothered me was the bland sky, it just seemed like something else was needed but I didn’t know what. Since I’ve been experimenting with textures of late, I decided to see what would happen if I added just a bit of texture.

To get to the modified image you see above, I first reworked the black and white conversion. In my original work, I had used the black and white adjustment layer to do the work, today I used Silver Efex Pro 2. As I always do when using Silver Efex Pro, I look through the presets to see if there is something that looks like it would be a good starting point. There were actually quite a few that I liked, but I decided on one of their Film Noir presets. I liked the way it darkened the image and gave it more of an industrial feeling. I added a bit of structure and removed the border that the preset uses and saved the change. On my top layer, I added a ‘Basalt’ texture which added a gray crackled texture. I like what it did with the sky, but I didn’t want it on the train itself so I masked it out. All of the other processing I had done with the original image I left alone. 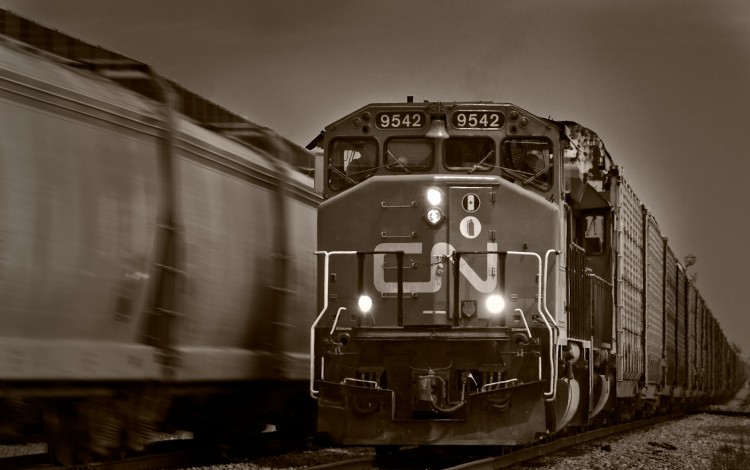 Here is the way the image looked directly out of the camera. 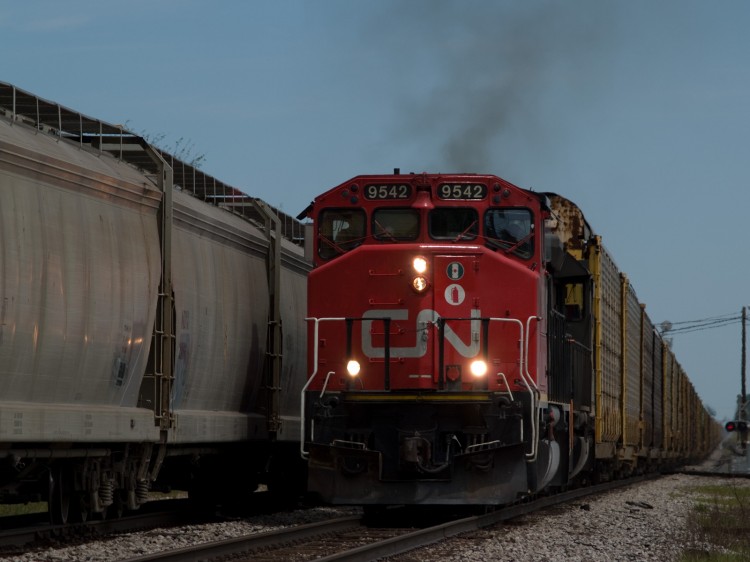 There still isn’t a lot going on in the sky, but I think the addition of the texture added a bit more interest. I also think I prefer the darker, heavier look of this version. Like to know what you think.