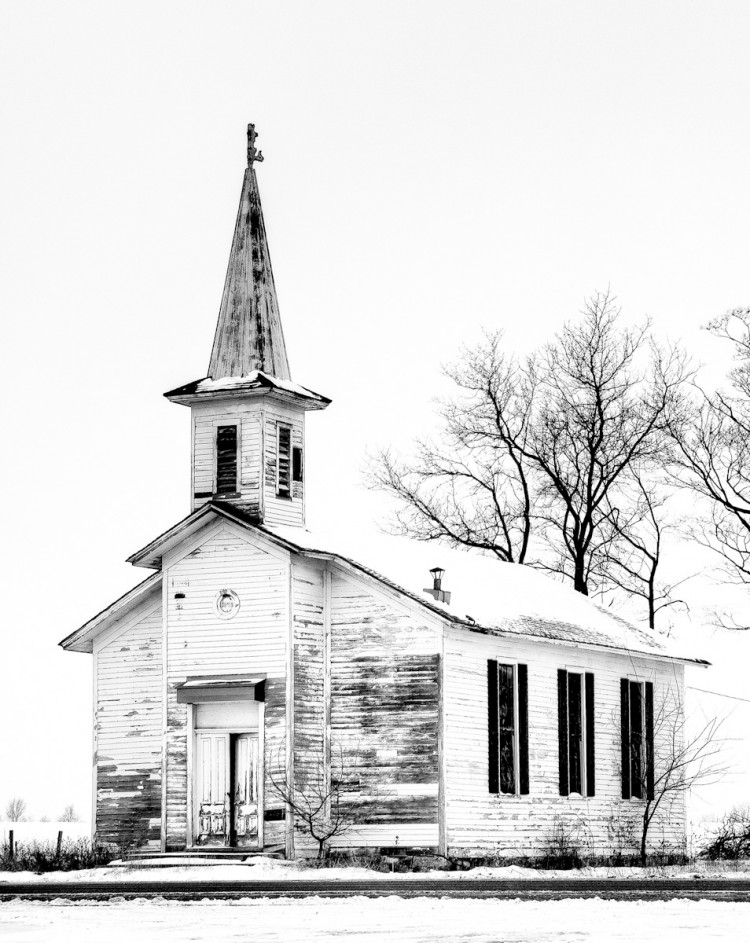 A couple of weeks ago I ventured over to the west side of MIchigan in search of something different to shoot. I found some interesting subjects and headed back home. I hadn’t had any lunch, so on the way home I decided to stop and get some food. The weather was kind of snowy and the roads were a bit of a mess so my intention was to get a quick lunch and head back on to the highway. I saw a sign for a fast food restaurant so I thought I would get off and grab a bite to eat. Normally these restaurants are right at the exit so you can get off, eat and get back on. However, when I got off at this particular exit, I found out that the restaurant was about 5 miles north of the highway. I debated for a bit about just getting back on and going to the next location, but finally decided to just put in the little extra time since I was already off the highway. On my way up the road I passed by this old church. I thought it had some interesting character so I decided after I had my lunch I would come back and take some shots.

The building was old and had some interesting texture so I figured I would take some brackets for an HDR image. I got out of my car, put the camera on the tripod and tried to shield things from the blowing wind and snow and took a few different angles, with about 7 exposures each. When I got home and did some initial HDR work, I wasn’t impressed so I moved on to some other images. Yesterday I was on Flickr and noticed that one of my contacts had posted a shot of this same church, but taken at a different time of year. This prompted me to go back to the shots I took to see if I might have a good one after all. In the end, I decided that I liked this shot, but I didn’t like the HDR version of it.

Processing of this image started with combining the 7 exposures into one HDR using Photomatix. I then used Silver Efex pro to convert to black & white. I started with one of their push processed presets to make the image whiter and brighter. I added some additional structure as well. I played around with adding some texture to the shot with PhotoTools, but in the end I decided I liked the cleaner black & white without the extra added texture. 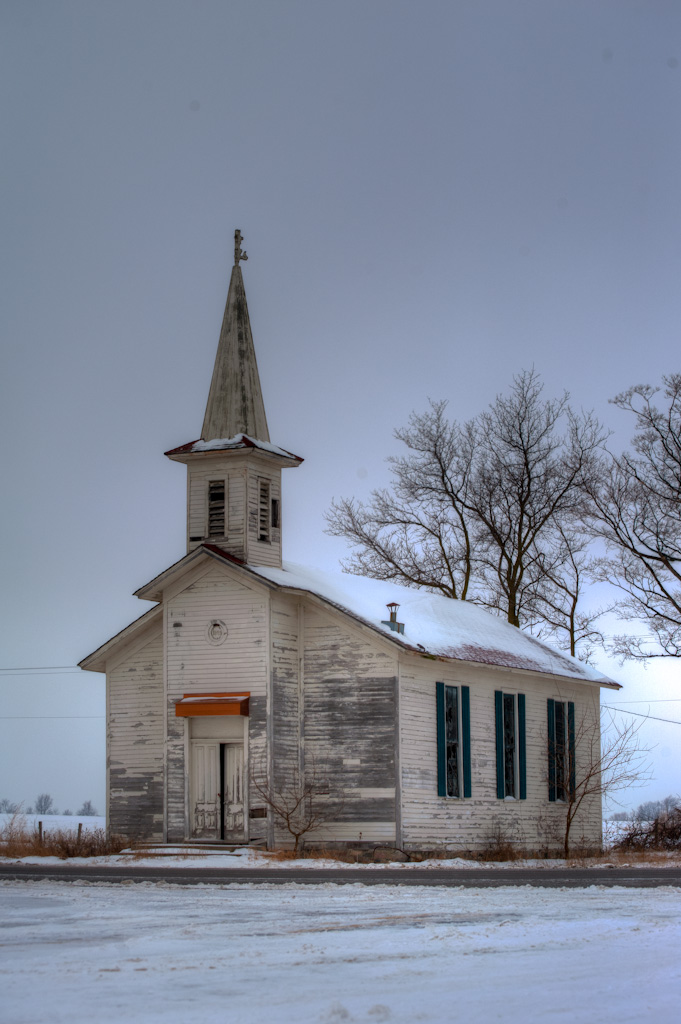 Would love to know your thoughts. Thanks!