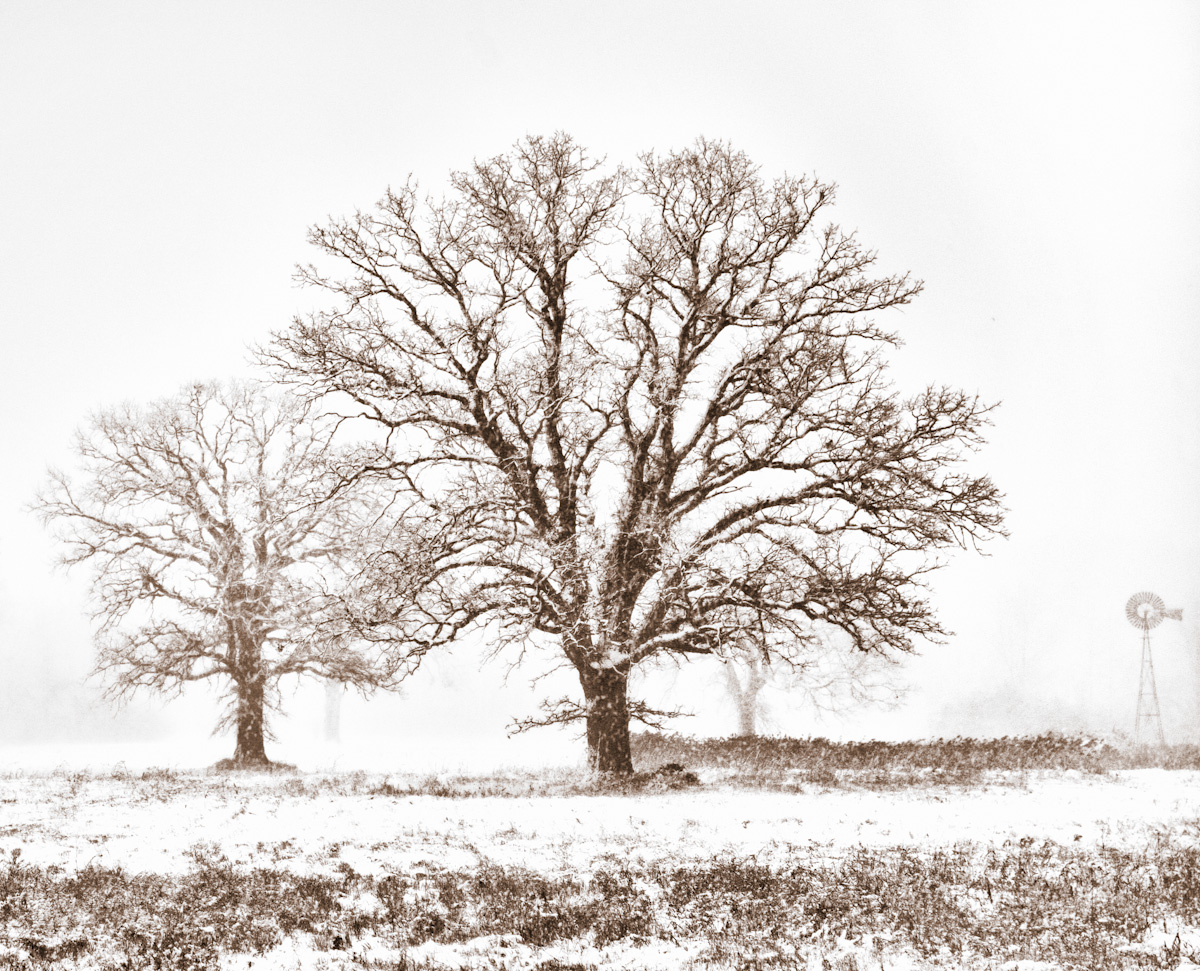 We received our first snowstorm of the season today and it created a nice opportunity for some winter photography. The weather yesterday was slightly warmer and we had some rain before the snow moved in. As a result, the snow stuck to the limbs of the trees. Early in the afternoon the snow was falling steadily but lightly, not much wind. By mid-afternoon an Alberty Clipper moved in and the wind really picked up. I had gone out around lunchtime to get some city shots in the gentle snowfall and I was planning on going out in the country to get some rural shots. When I went out later in the afternoon I debated about going. The wind was blowing down trees and knocking out dead limbs. I decided to take a short trip outside of town to see what I could find. This shot was taken a couple of miles from my house. On one side of the road was a barn (which I took pictures of) and the other side was the field with these trees in the distance. With the snow falling it created a foggy atmosphere and I liked the way the trees looked in the distance. I shot a handful of shots, focusing on the trees. When I got home and looked at the picture, I noticed the windmill off to the right which I thought added a nice element to the shot.

I had a couple of different ideas in mind for processing of this image. At a minimum I wanted to make sure I included the windmill. I decided to crop the image to keep the big tree in the middle and have the smaller tree and the windmill flank the main tree. My next decision was how to process it. The image was mostly black and white and I thought about keeping the color version with just a little bit of brown in the foreground. I thought about keeping the image very hazy, but decided instead to bring out some of the detail of the trees. My main goal was to focus on the shapes created by the trees agains the white background. I used Silver Efex Pro to do the conversion and I bumped up the structure to bring out the pattern in the tree limbs. I used Photo Tools to add a Tobacco tint to the entire image.

(Click either image to see it in lightbox mode)