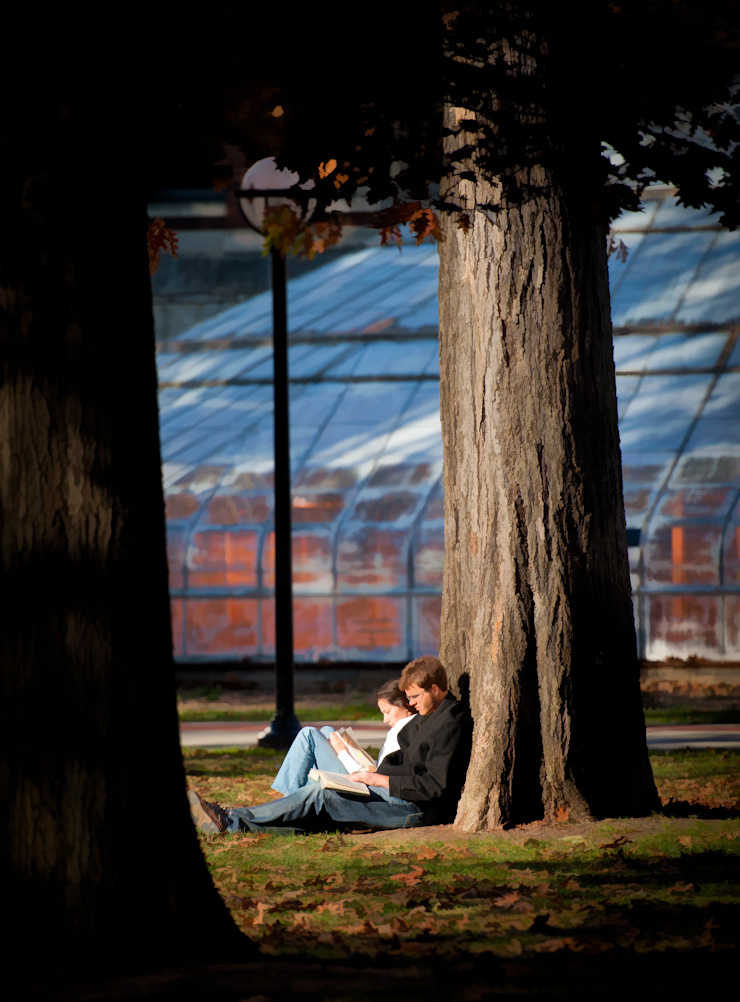 We had another nice late fall day here in Michigan, so I spent some of it wandering around Ann Arbor and on the campus of the University of Michigan. I was primarily using a 70-200 f2.8 lens that I had rented to play around with. The area I took this picture in is known as ‘The Diag’ since it is a large square area where several diagonal paths intersect. The shot was taken mid-afternoon, and with the recent switch to Standard time, the sun was coming in at low angle. With all the trees in the area, the sun made interested areas of light and shade. I had been primarily shooting campus architecture, but I saw these two people sitting next to the tree in the sunlight and I knew I had to take a shot. Since I was using the 70-200 f2.8 I figured this would be a great time to use the 2.8 to get the shallow DOF that I wanted.

When I first started to work on the image I created a slightly tighter crop than I had shot in the field. If you compare to the as-shot image shown below, you will notice that I cropped in from the left side and up from the bottom to let the trees to a better job of framing the subject. The image was also overly bright, but I was able to reduce the exposure to a reasonable level. I used a couple of different brushes in Lightroom to reduce the exposure on the tree trunk and on the people. From there I considered a couple different approaches to processing. First, simply leave it pretty much as shot. I liked the warm, late afternoon sunlight and the overall color of the image. I also considered a more ‘street’ look by converting the black and white. In the end I thought I would keep the color, but give the image more of a painted look. I used Topaz Simplify with the Buz Sim preset and then lowered the opacity to bring back more of the detail of the image. I really like what the Simplify filter does with leaves, grass and tree bark. 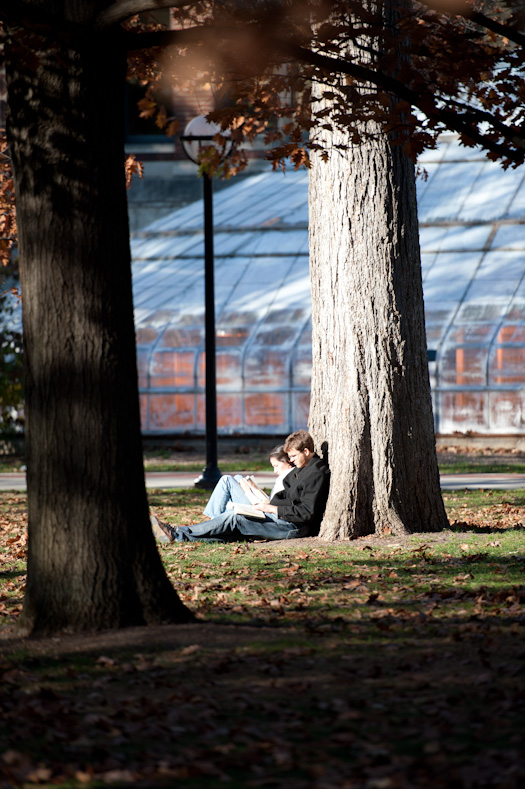