Rubber and Leather (it’s not what you think!) 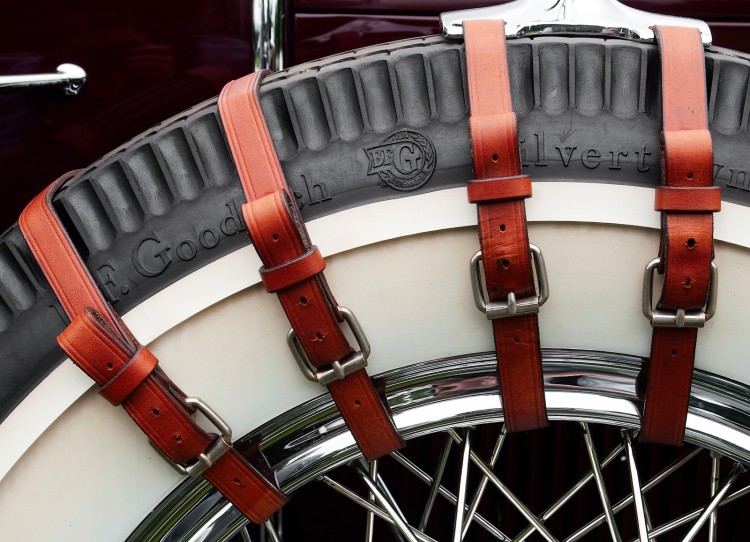 It’s almost summer so that must mean its time for classic car shows! I recently attended the Classic Car Club of America Museum ‘Experience’ show, held annually at the Gilmore Car Museum in Western Michigan. The show always has a great collection of classic automobiles, all of which have been beautifully maintained and/or restored.

The image above shows some of the spare tire detail from a 1929 Sport Phaeton Cadillac which was on display. For some reason, I found the combination of the leather straps against the black and white of the tire to be visually appealing and I tried to capture that feeling in this shot. The original shot was just a little bit larger, but I decided to crop it down to focus on the elements which caught my eye originally.

Processing was fairly minimal. Aside from a minor crop, I used an Hue-Saturation layer to remove a blue cast which came from the overcast skies. I also increased the contrast and bumped the saturation of the reds to bring back some color to the leather which I felt was lacking in the raw image. Some final sharpening and you have the final image.

I took several shots at this show and I suspect they will be appearing in this blog over the next few days!