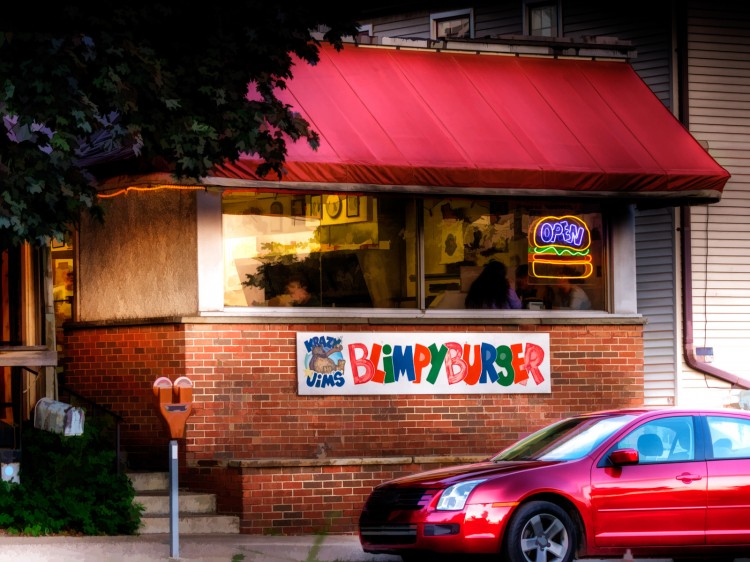 My company recently moved to a new building and as part of the move we needed to come up with names for our conference rooms. We batted around several ideas, but finally settled on using names of some of our favorite local restaurants in Ann Arbor, Michigan. I was then tasked with the job of getting pictures of the various establishments so we could have pictures made and hung in each of the conference rooms. The image above shows Krazy Jim’s Blimpy Burger a great place to get a burger and fries (and other fried veggies as well) and highly recommended if you are ever in Ann Arbor. Krazy Jim’s was featured on an episode of the Food Network’s Diners, Drive-Ins and Dives with Guy Fieri

I took this shot in late evening. I wanted to make sure that the lights of the sign and the interior were visible. Given the time of day and the amount of contrast between light and dark, I shot 5 exposures from a tripod and created an HDR image using Photomatix. I then took the image into Photoshop and used the Topaz Labs Simplify filter to ‘simplify’ the image and create something that looks more like a painting. I then went over key elements in the shot (the signage and some other areas) and masked out the filter to let the original photograph show through. 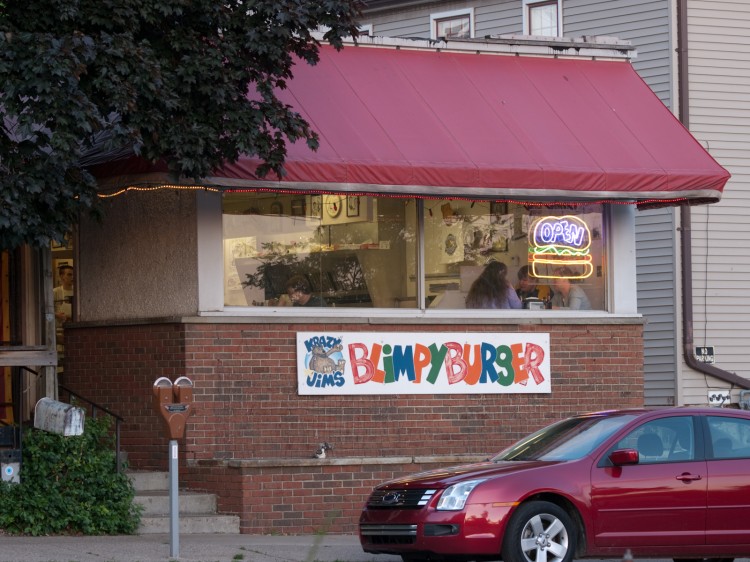