Posted on Dec.31, 2009, under Architecture, Michigan, University of Michigan 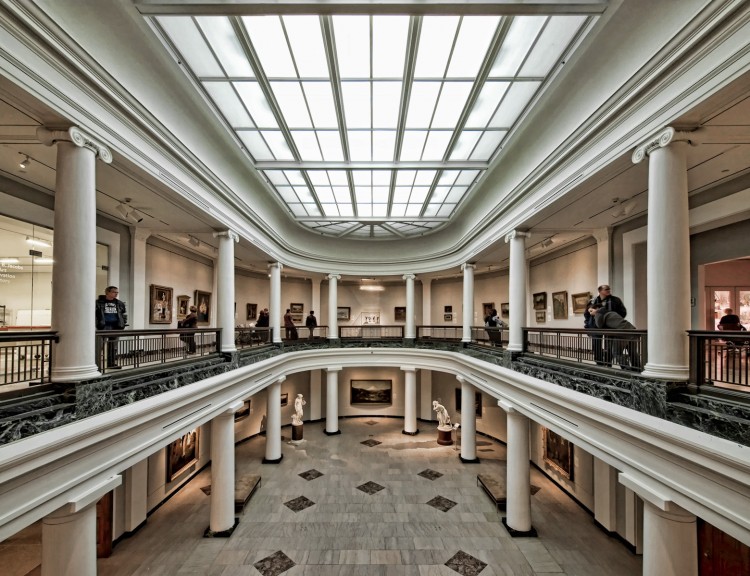 The image you see was taken in the original part of the museum. Last year a new wing opened which gave the museum some much needed additional space. I’ve always liked this gallery area, in particular the curves and the posts. The museum doesn’t allow tripods, and it was a cloudy day outside so the gallery area wasn’t awash in an abundance of light. I had to increase the ISO to get a reasonable shutter speed and I also had to rest my camera on a railing to get a stable shot. I like the image, but it isn’t as sharp as I would like it to be. I’ll have to go back some other time and try again.

Processing of this image involved a few steps. First, some minor perspective correction was done to make sure the posts were straight. I then used a Topaz Denoise filter to reduce some of the camera noise, followed by Topaz Adjust using the Clarity preset to increase micro-contrast. I used a HSL filter to tone down the saturation just a little bit. 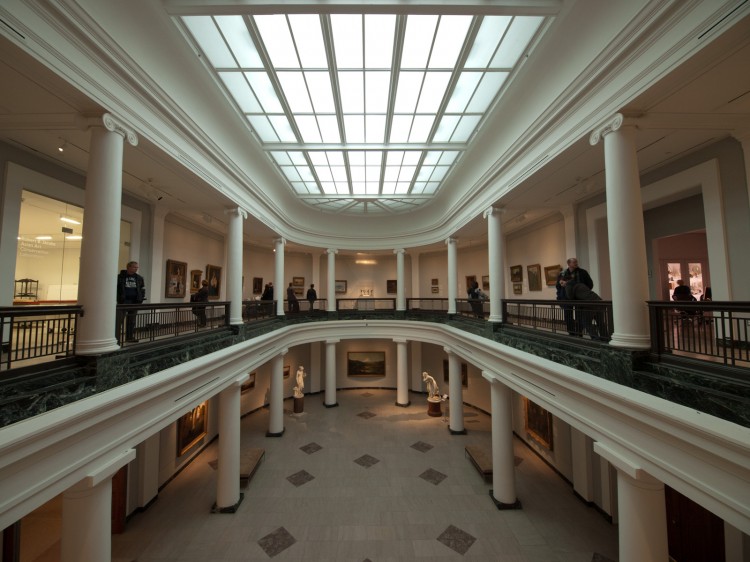 Overall I like the way this image came out. In fact, I’m using it as a desktop background on my external monitor. Looks pretty cool.