As a point of comparison to the finished image, the raw, out of camera version of this image is shown below. 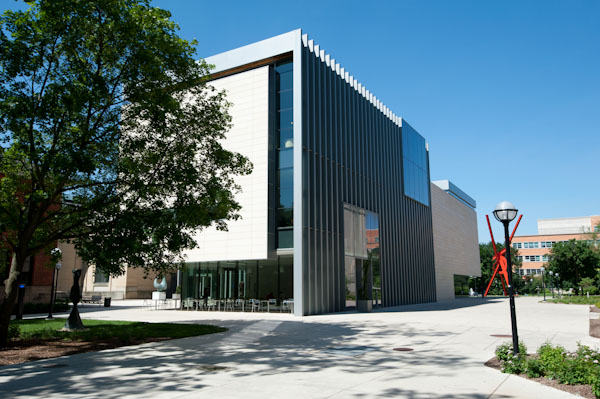 While working with the image I played around with some additional options. One idea was to try a pure black and white. With a deep blue sky it was pretty easy to drive the sky either black or white. The white sky was interesting in how it played with the fins on the roof, but I didn’t like how the main side of the building lost its top. A black sky worked well with the roof line, but I didn’t like how it turned the tree into more of a blob. The image below is somewhat of a compromise where I turned the sky a darker grey. I think I still prefer the color version. 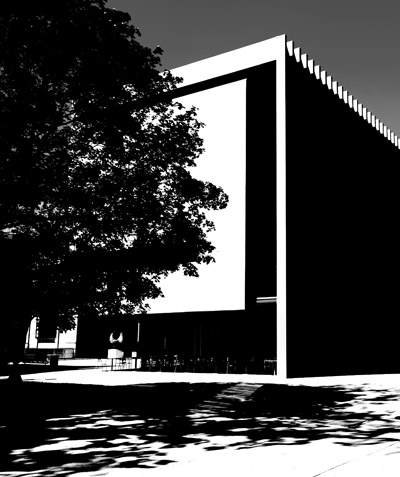