This is an interior shot taken at the Northern Michigan Asylum in Traverse City, Michigan. The asylum consisted of several buildings, some of which are currently under renovation for commercial use. Many of the buildings are still in rough shape, including this one. I was able to get a shot of the interior by sticking my camera through a missing window pane. While taking the picture I could feel a breeze on my face as wind blew through the building. There was a very distinctive old and musty smell to the air.

The interior space was fairly dark but I thought that the interior might make an interesting HDR image. I didn’t have a tripod, but the window was small enough that I was able to use it as a make-shift tripod. I cranked up the ISO so that even my long exposures would be reasonably short. The image above was produced from 7 exposures with some additional processing though Topaz Adjust. The interesting thing was what ‘developed’ from the HDR. To my eye there are some ‘ghostly’ components to the image. There is a bright light which appears to be moving into the door in the bottom right. In the center there appears to be a shadow of person being cast on the wall. I don’t really think really are any ‘spirits’ floating around the asylum, but who knows?

By way of comparison, here is one of the images used to create the HDR version shown above. 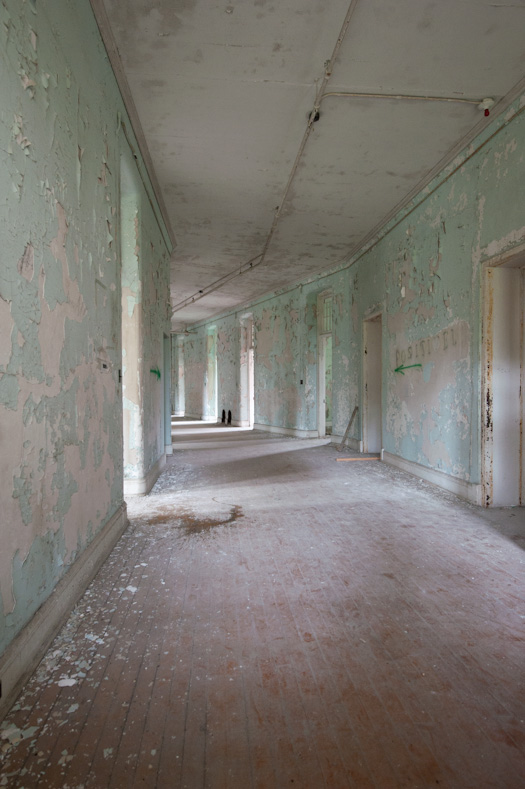