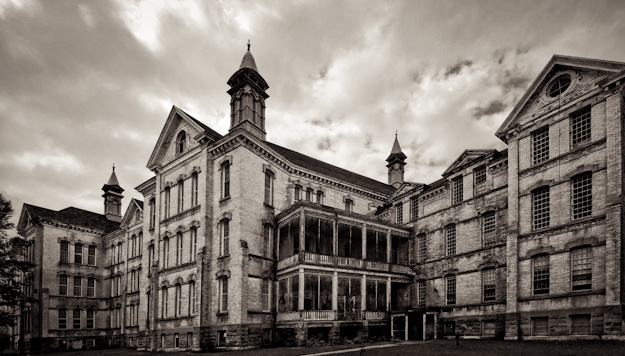 Traverse City, Michigan used to be the home of the state mental hospital once known as the Northern Michigan Asylum for the Insane. The hospital closed in 1989 and the buildings on the campus sat dormant. Recently there has been a push to repurpose the site as a combination of retail, housing and offices. The development is known as Traverse City Commons. Portions of the site have been renovated and the result is very interesting. Much of the site remains to be developed, however. The shot above shows one of the original buildings which has yet to be renovated. It retains much of its Victorian creepiness. While the place makes me wonder what went on during its years as an insane asylum, the history of this facility seems to indicate that it was rather progressive in its approach to treatment. Still, I see this place and all I can think of is ‘One Flew Over the Cuckoo’s Nest’.

When processing this image I wanted to convey the creepy feeling I got from the building. I converted the image to black & white and worked to create a dark and contrasty image. I used Topaz Adjust to increase the contrast and details in the brick and applied some curves layers to further adjust the contrast. I finished it off with some toning done in Lightroom. Compare the finished image with the out of camera shot: 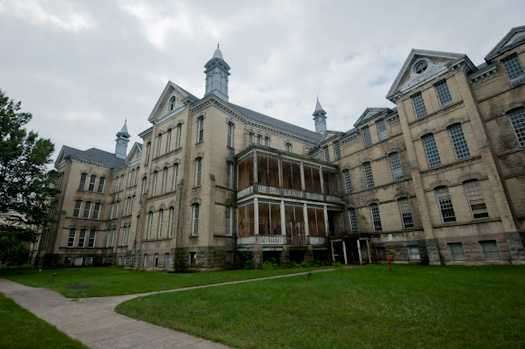