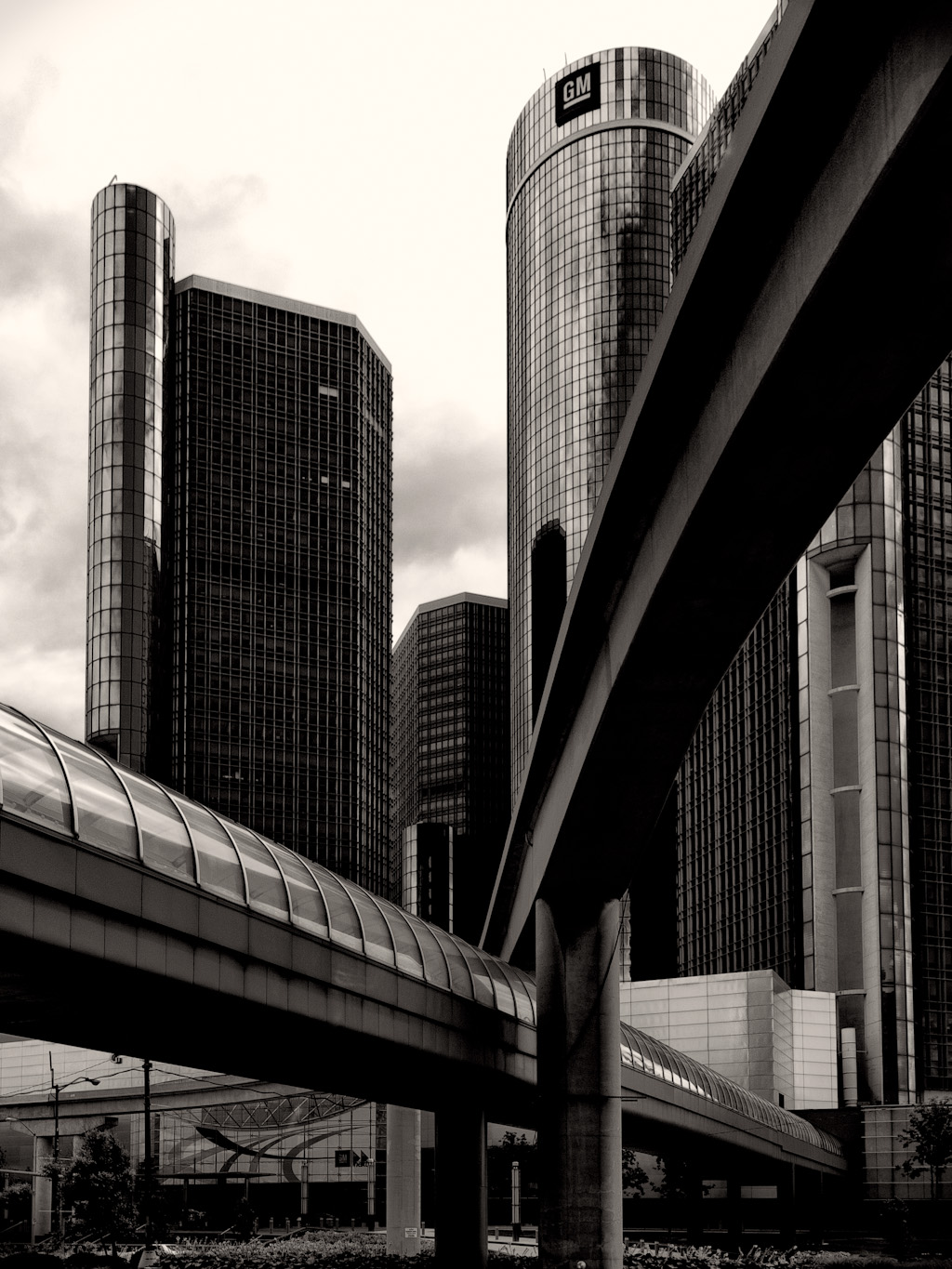 Processing consisted of several steps. I did a slightly different version of this shot and posted it on Flickr but I wasn’t completely satisfied with it. I went back to the original PSD and made some further refinements. One change was to do some perspective correction. It would have been nice to have a tilt/shift lens for this shot, but all I had was my 7-14mm (2x crop factor). For the black and white conversion, I started from the color image and used Silver Efex Pro. I bumped up the structure setting for the entire image and selected the Panatomic X ISO 32 film setting. I wanted a slightly darker image, particularly where the people move track comes out of the image. In my original conversion I used some curves layers to brighten it up. The raw shot is below. 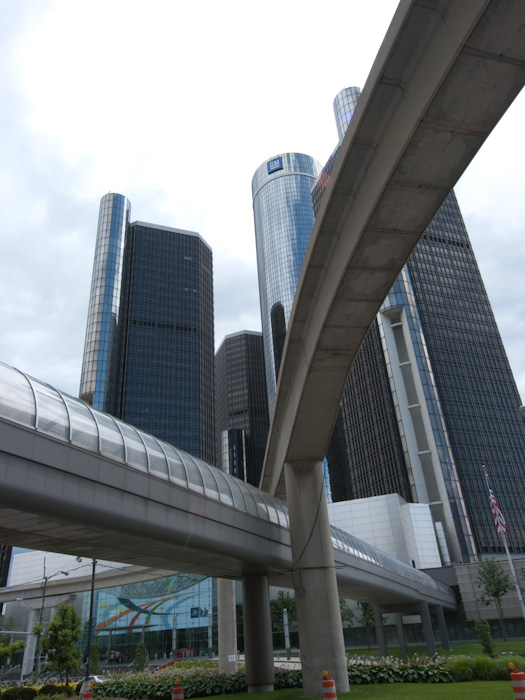 I’d be interested in hearing your thoughts on the conversion and what you think about the two different treatments (the Flickr one and this one.