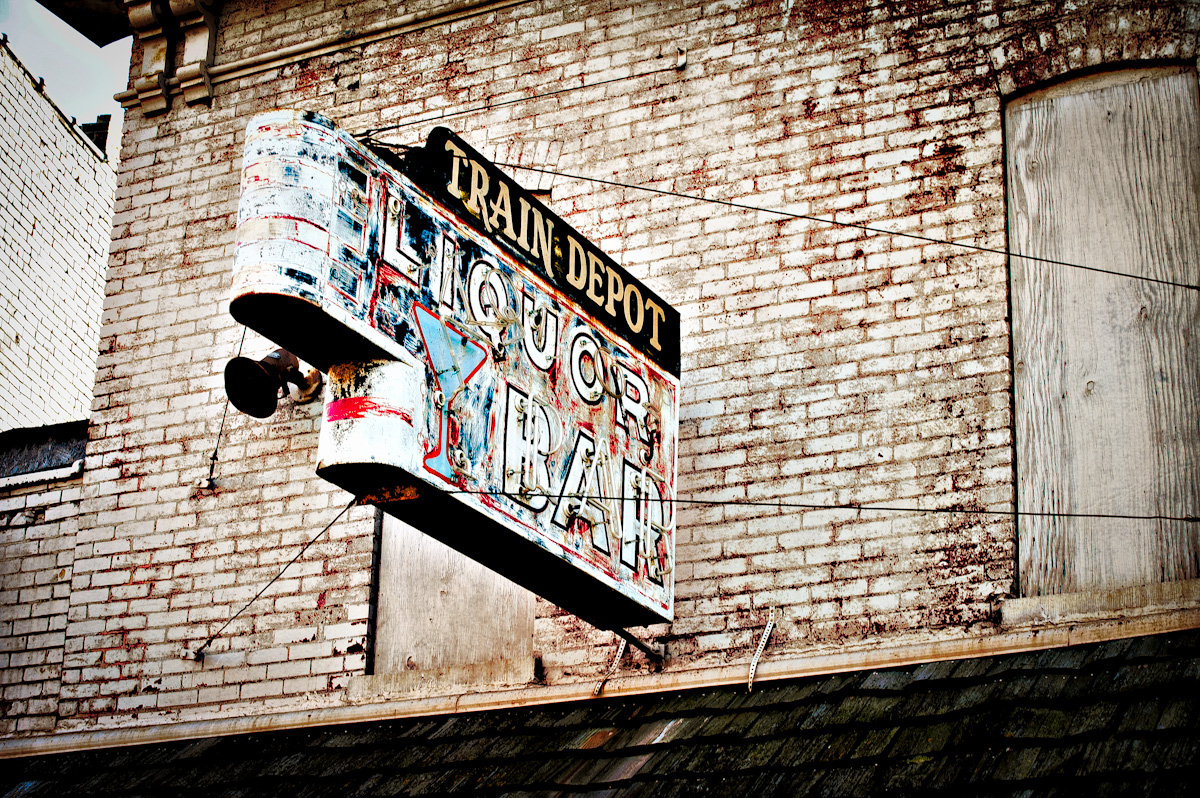 Welcome back to day 3 of my Saginaw series. The previous two days have been photos taken on Potter Street in Saginaw, Michigan. This shot was also taken on Potter Street, across the street from the train depot and just down the street from yesterday’s image. I don’t believe this bar is actually in operation. It also had a sign on the front stating that it was under ‘arson watch’. There was a building a couple doors down which did have some activity, however. For the most part Potter Street mostly consists of empty and derelict buildings. My original thought when I took this shot was to process it as an HDR image. Unfortunately I didn’t take the time to set up my tripod and my hand holding wasn’t steady enough to yield good results. Even with the auto-align feature of Photomatix, there were some elements that were ghosted. I probably could have fixed them, but I was able to create a final image which came close to what I was thinking with just one frame. What I really wanted to capture was the subtle color details in the faded sign and to convey as sense of age.

Processing was similar to the last two images, with the exception of the HDR processing. I selected the best image from my HDR sequence and used a combination of Silver Efex Pro and Photo Tools to create the final image. Remember to click on either image to see it larger.