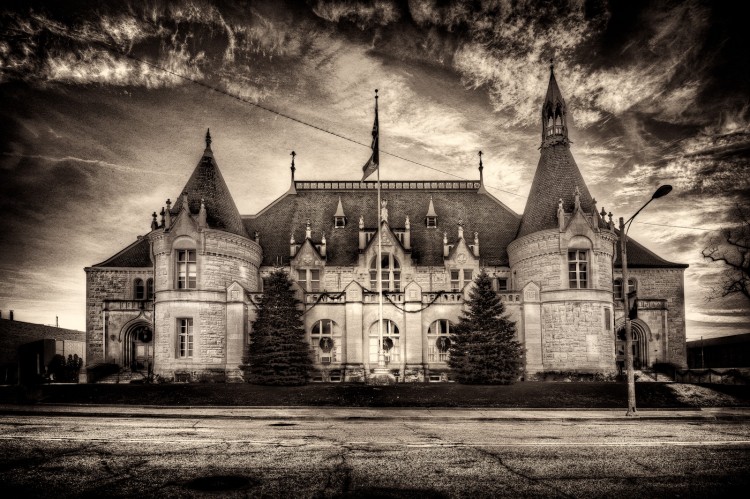 I’m not entirely happy with the way the image came out. I decided to post it mostly because I think its a cool building and it shows that Saginaw still have some interesting architecture. As you can probably tell, the sun was behind and off to the right of the building, which cast the front in shadow. I took 9 exposures handheld to produce an HDR, but I didn’t like the end result. Part of the problem was that I didn’t have my tripod handy and the sharpness was off due to some minor camera movement. Instead of using the 9 exposures, I decided to try to process just a single image. In Lighroom I created three virtual copies and made one 2 stops darker and one 2 stops lighter. I then ran it through Photomatix Pro. Still didn’t really like the result, but I persevered. I used Silver Efex Pro to add some structure to the sky and used the Antique Paper setting in Photo Tools to give the sky an interesting treatment. Still didn’t really like it so I went back into Silver Efex Pro and did a simple Holga-esque look with a sepia tone. Used a Curves layer to darken some brightness in the front and ended up with the image you see above. As you can see in the original image below, the front was rather shaded. 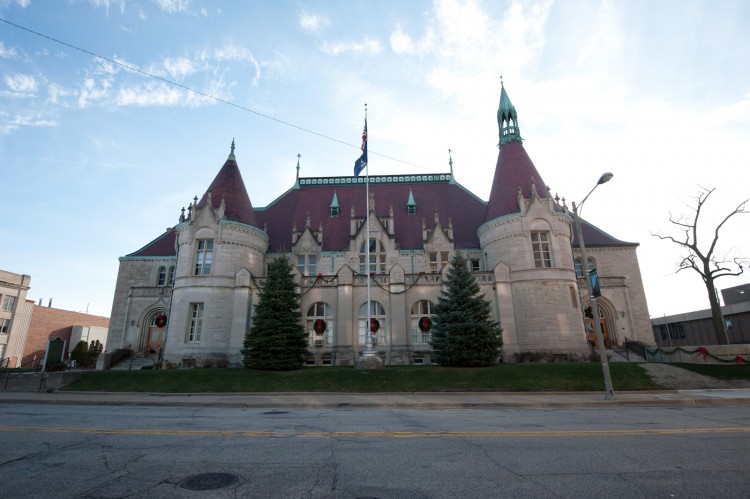