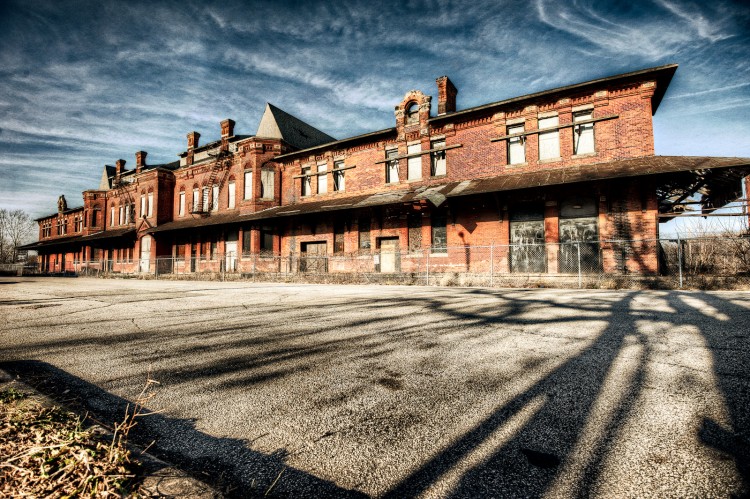 This weekend I decided to take a day trip to Saginaw, Michigan. I grew up in nearby Saginaw Township and I hadn’t been back to actually see the town in many years. I’ve driven by it many times on my way to northern Michigan, but never visited the city. Not surprising, there really isn’t much to visit. Many years ago Saginaw was the lumber capital of the world. As a result, the town had some great houses and interesting buildings built and financed by lumber. The city still has a fair number of nice old buildings, but many have been torn down and much of the city is dead. The city is split into an east side and a west side, with the Saginaw River running between them. I didn’t visit the west side, but I believe it is in a little better shape than the east side. The east side of Saginaw has been dying for decades. I remember going there in the 60’s when there were still department stores, theaters and other things, but by the 70’s, stores were closing and moving to the suburbs and the east side just kept getting worse and worse. Changes to the auto industry really hurt a town that was quite dependent on GM.

My purpose in visiting Saginaw was to capture some of the interesting architecture and, unfortunately some of the decay, that exists in this town. This week I’ll be posting other shots from my short day trip. The image above is the old Pere Marquette train station located on Potter Street. Like many train stations in the midwest, this one is just rotting away. In 1991 the station had a serious fire started by an arsonist. A few years ago there were people who were trying to find ways to restore the station and I just noticed they have a Facebook page which seems to indicate they are still somewhat active. After the fire, I believe they were responsible for getting a temporary roof installed over much of the station. The sad truth is the station sits in one of the worst parts of Saginaw. It’s not a place that would tend to attract a lot of people and I just can’t see anyone investing money in this place unless the surrounding neighborhood was also improved. It’s a shame because the building has some really nice features.

The image was created from 9 different exposures, initially processed in Photomatix Pro and finished in Photoshop. I used a couple of different tools to create the final image. First, I processed the image in Silver Efex Pro. I bumped the ‘structure’ of the image to bring out the detail in the brickwork. Back in Photoshop, I changed the layer type to Luminosity so that I would still have a color image, but one with more grit. I then used my new copy of Photo Tools to add some additional character. The main item was using an ‘antique paper’ overlay which gave the image a warmer color and some additional overall texture. Compare with one of the HDR exposures below. 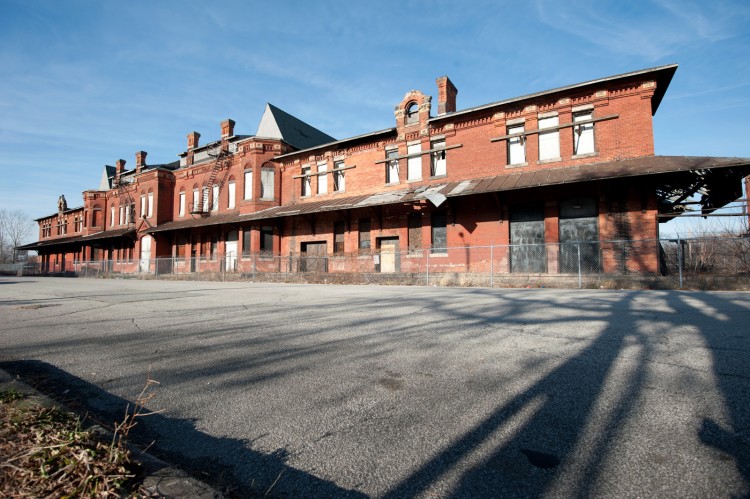