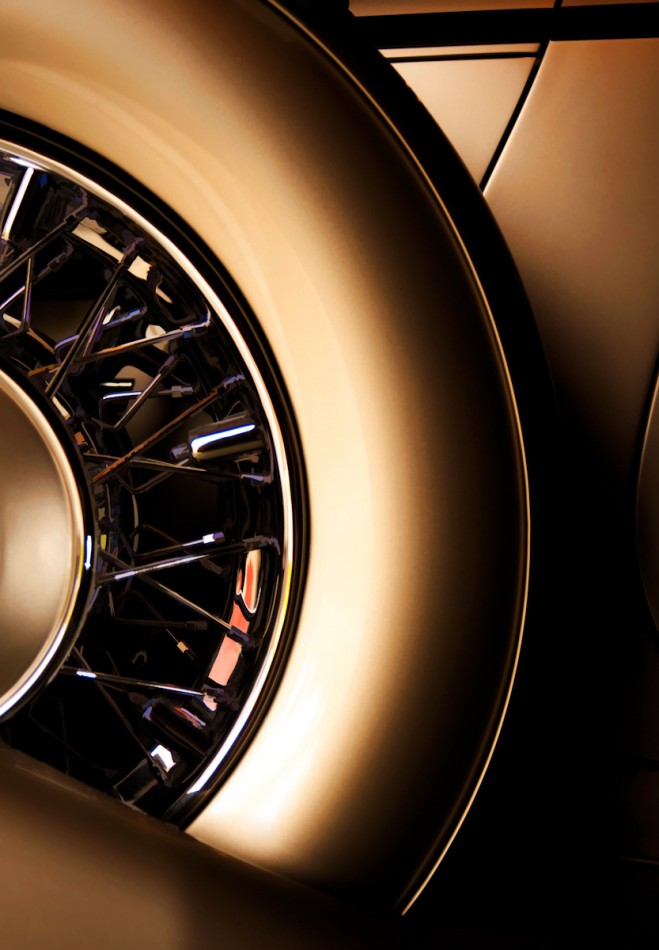 The car itself has a very interesting story. According to the information displayed at the museum the car was stored by an enthusiast in Dresden after WWII to hide it from Soviet officials. The man’s house had a basement garage and after securing the car in it, he bricked up the entrance and filled the driveway with topsoil, planting a rose garden above it. With the fall of the Berlin wall, he felt it was safe to bring the car out and sell it to earn badly needed retirement funds. At the time, the car was highly original, but significantly deteriorated by age. The restoration of the car was completed in 2005. Some other images of the car (not taken by me) can be seen here.

The image took a bit of work to create. The car is on display in an old barn. The lighting is typical museum lighting, mostly dark. The front of the car was primarily lit from light from the open barn door which is near where the car is parked. The side of the car that I was shooting was mostly in shade. I had a flash with me and I experimented with hand holding the flash in various positions to put light on the car.

I was using a higher ISO and although the grain wasn’t really a problem, I didn’t like the overall sharpness of the image. I did like the basic lighting and shapes created by the lines and the shadows, however. I decided to use Topaz Simplify to create something which looks like it belongs on a poster. I used that filter and some curves to darken some areas. I also used the new Content Aware feature of the healing brush in Photoshop CS5 to eliminate some of the lights which were reflecting in the car. 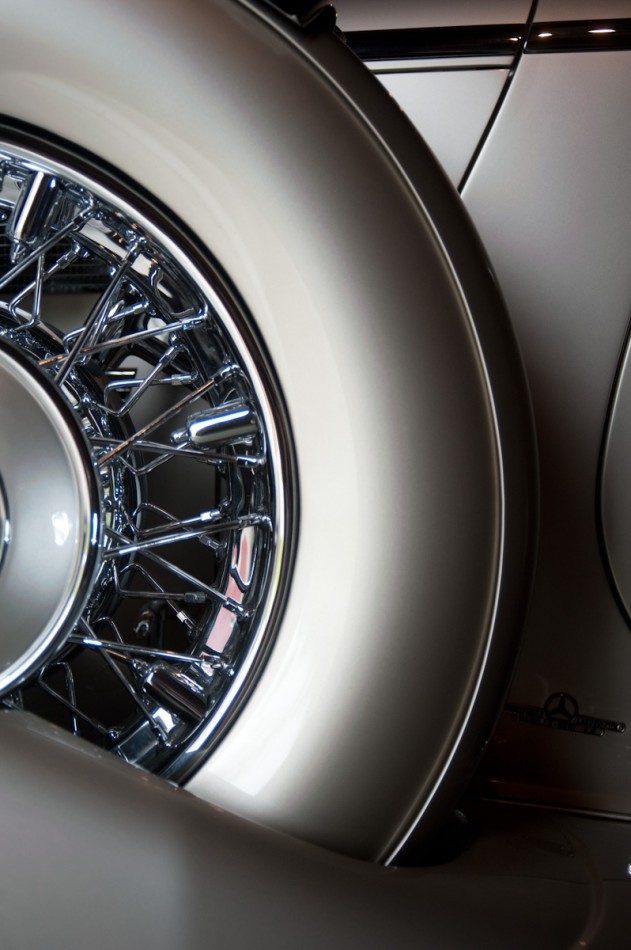 « Richardson Oil PumpRubber and Leather (it’s not what you think!) »