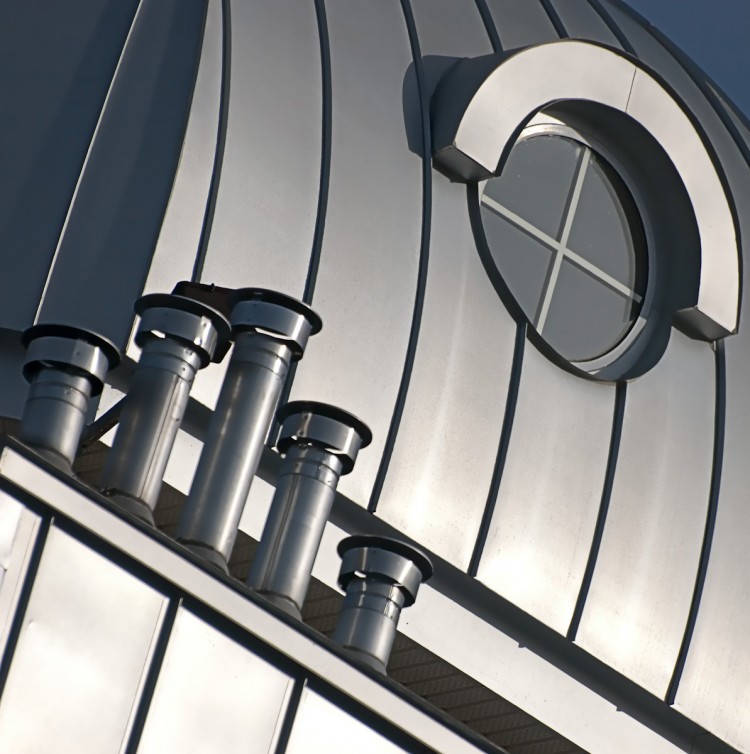 Every year for the last few years my family and I go skiing at Mont Tremblant, a ski resort an hour or so north of Montreal, Canada. One year we stayed in a nearby condo, but we found that we preferred to stay in one of the hotels in the pedestrian village which is located at the base of the slopes. This year I made reservations a little later than usual and the place where we had stayed in the past was booked. I looked through some of the other hotels in the village and decided to try Le Sommet des Neiges, which is a big hotel right at the base of the slopes. Great location, although it was a bit more expensive. I was very pleased with the location. You could come off the slopes, go through some automatic doors and be right in the ski locker area of the hotel. Very convenient. We were also fortunate to have a room which overlooked the slopes.

The image you see above shows the cupola of the hotel. I took this shot later in the day as the sun was getting low in the sky. The sun was shining off of the dome and I really liked the look of the dome against the darkening blue sky. I took several shots of the dome, but this one was my favorite. I have this habit of taking very precise shots where I line things up, but for this shot I turned the camera just to get an image which was less static. I posted a black & white version of this on Flickr. If you look at that image, and compare it to the one above, you will see that there isn’t much difference in color between the two. The main difference is that this one has a bit more warmth from the sunlight. One thing I noticed when I was putting this post together was the fact that this shot was taken at ISO 320. Very odd considering that it wasn’t that dark as you can tell by the 1/4000 shutter speed. All I can figure is that I hadn’t reset my camera since I last used it when I was shooting in lower light. As such, this shot has a bit more noise and is less sharp that I would have liked it to be.

What do you think? Comments are more than welcome!