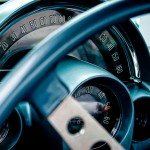 One of my favorite subjects to shoot are classic automobiles. In the past I’ve focused on exterior details, but after a while you need a break from taking another fender shot. As a result, I’ve started spending some more time trying to get some interior shots to go along with the exterior shots. Interiors are harder because the lighting is generally bad, particularly for coupes and sedans. Also, most owners don’t let you climb in the car so you have to find a way to get your camera in a position which will take a nicely composed shot. 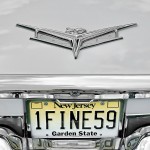 This shot shows the back end of a 1959 Buick Electra 225 which was on display at the 2009 Concours d’Elegance held at Meadowbrook Hall in Rochester Hills, Michigan. The Meadowbrook Concours is always a highlight of the summer for me, since I love to photograph classic cars and this show has them in abundance. 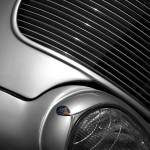 Every year I look forward to the Concours d’Elegance car show held at Meadowbrook Hall in Rochester Hills, Michigan. Each year this car show brings in over 200 classic cars, many of which are rarely seen in public. This year was the 30th year the event had been held at Meadowbrook. For those unfamiliar with automobile history, Meadowbrook Hall was built by Matilda Dodge Wilson and her second husband Alfred Wilson. Matilda was the widow of John Dodge, one of the founders of the Dodge Brothers Company which was later sold to Chrysler. Hence, this location is a very appropriate place to hold a car show.