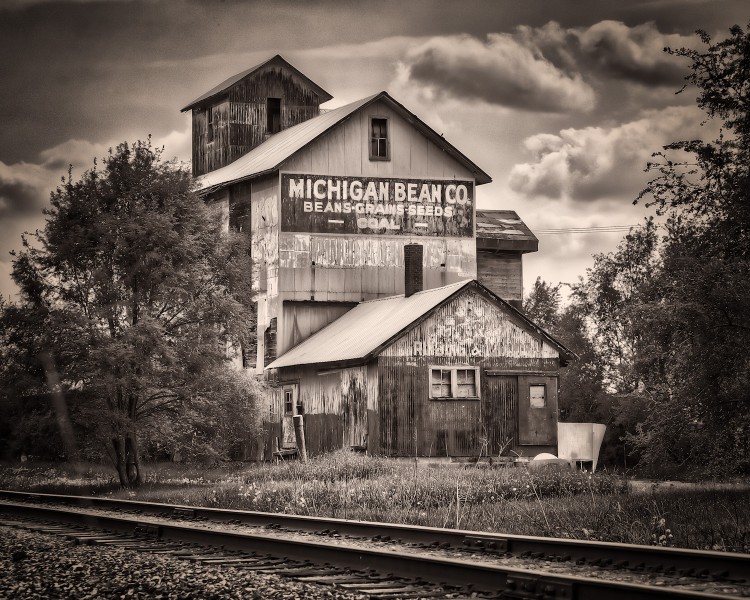 A couple of weeks ago Mike Olbinski, a photographer I follow, posted this shot of a grain elevator that he found while driving through Kansas. This got me in the mood to find some interesting elevators in Michigan, since Kansas is quite a ways away for me. I did some scouting on Flickr and managed to find a couple of good possibilities. One was a local elevator in Ypsilanti, Michigan which I posted last week. The other one was this old elevator in Henderson, Michigan. What I liked about this one was the decay and faded paint job. If you look carefully, you can see old signage for ‘Purina Chows’ and other products that were available at this location.

I took several shots of the elevator, mostly 7 exposures at a time, thinking I might want to create an HDR image. After running the shots through Photomatix, I wasn’t too thrilled with the color version but I tried some further adjustements in Photoshop using PhotoTools and other adjustment layers to see if I could get a color image that I liked. I didn’t come up with anything so I decided to take the image into Silver Efex Pro 2 and work on a black and white version. You can see the mostly raw HDR image below (I toned down the greens in Lightroom after the Photomatix processing) The one thing the HDR processing did for me was to bring out the clouds in the sky. Given the position of the sun at the time, if I got the exposure right for the building, the sky was too bright and vice versa. The HDR allowed me to get both. I might experiment with using just two of the images, using the sky from one and the building from another to see if I can get a better finished image. Even though I took this shot with my camera on a tripod, it was windy that day and there was just a bit of camera movement. The end result is that the image isn’t quite as sharp as I would have liked. Also, the HDR processing increased the noise level. It’s not terrible, and I’ll have to see what it looks like when printed, but using a two image blend would eliminate the noise issue. 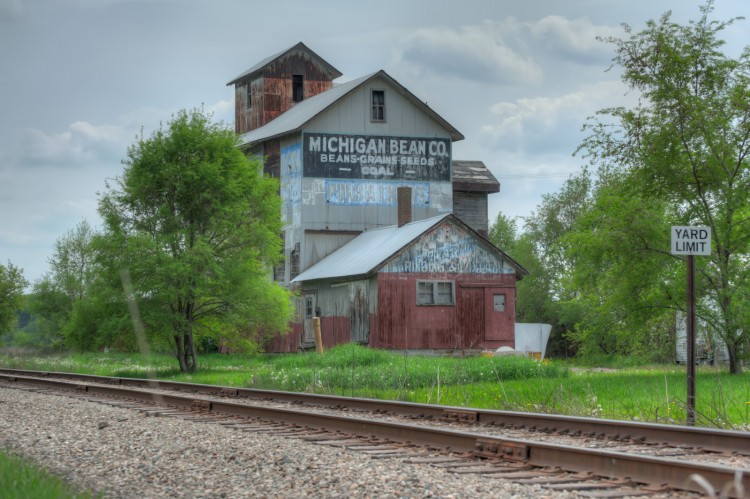 Got feedback? Leave it below!