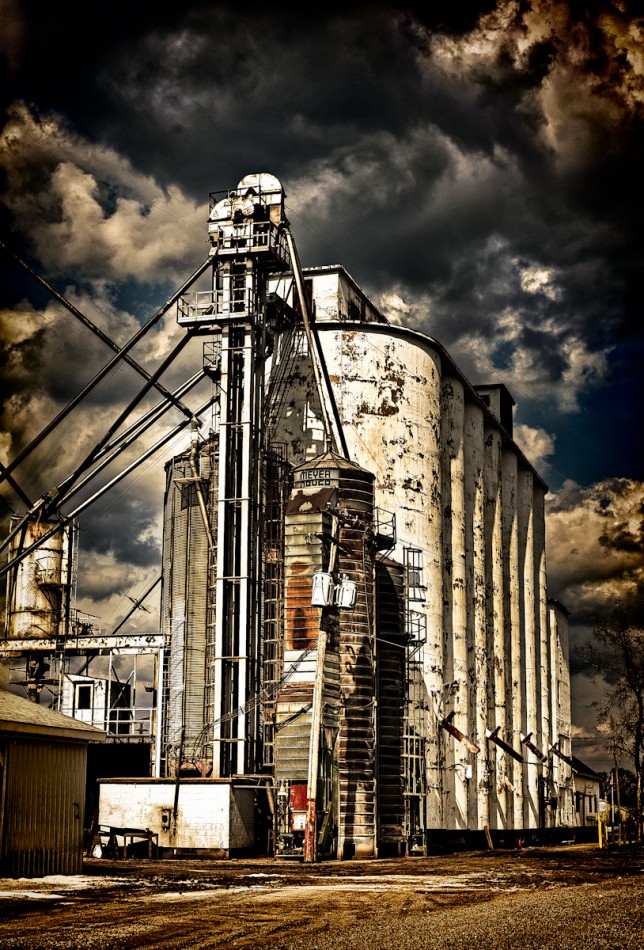 Processing for this image took a few steps. First, the image was created from 5 handheld exposures merged together using Photomatix. In the images below, you can see the raw shot on the left, which has the ‘normal’ exposure, and the image on the right is the HDR produced in Photomatix. I only used Photomatix to do the blending, and relied on some Photoshop filters to take the image the rest of the way. The next thing I did was use OnOne’s PhotoTools to add some more interest to the shot. I started with the Daily Multi-Vitamin and then went to the HDR effects. I used a combination of effects at various opacities to add both gold and blue/green tones to the image.

At this point I had an image that I liked, but I often times like to see what an image might look like in black and white. At a minimum, you can get some interesting additional texture by applying a black and white layer in luminosity mode, so I took the image into Silver Efex Pro 2. There I played with the structure and contrast a bit. I also played with the vignetting. The image looked interesting with a reverse vignette, but I decided on adding a normal vignette instead. Back in Photoshop I switched to luminosity mode and really liked what I saw. The addd structure brought out more detail in the grain silos and the vignette gave the clouds the look of toasted marshmallows. I liked it. so that’s what I posted! 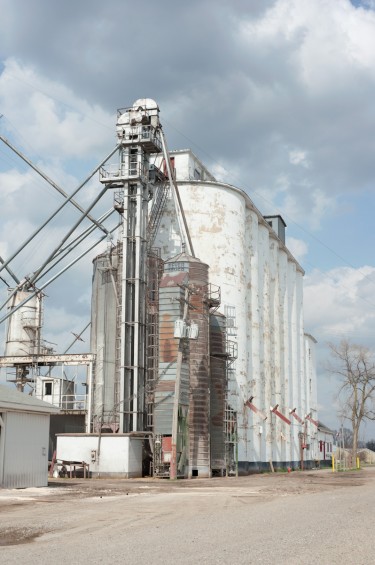 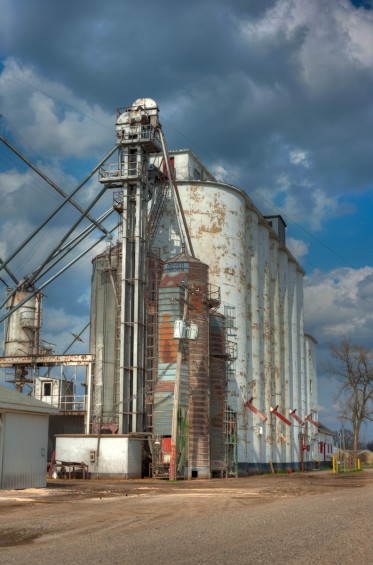 Would love to hear your thoughts and comments on this one.