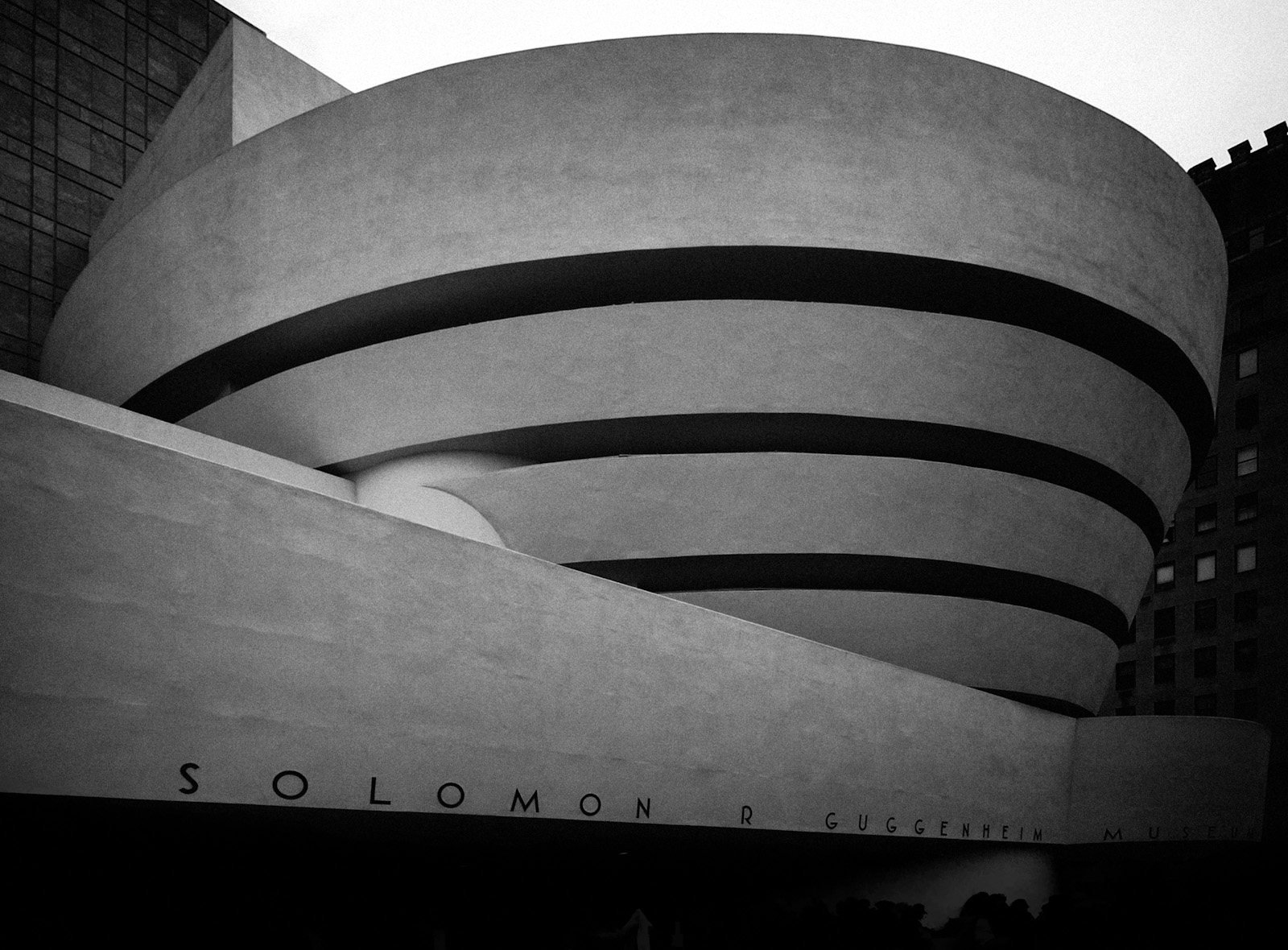 I started out thinking I would try some perspective correction and some black and white work just to see where things might end up. I wanted to emphasize the texture of the building and wanted to get some interesting black and white tonalities. I took the image into Silver Efex Pro2 and ran through some of the presets. I settled on one of the presets which created a dark, but toned image with some edge vignetting. I didn’t want the toning, so I removed that. I also bumped up the structure to bring out more of the concrete surface. The end result was an image which sort of looked like a charcoal drawing. The image was a little flatter than I wanted, so I used curves to brighten the whites and darken some of the dark areas. I used Topaz Simplify to blur out the people in the bottom of the image, masking out the effect from the building. I then played with a couple of crops. The first thing I tried was a square crop, highlighting the ramp portion of the building. I wanted to look at some portion of the image and zoomed in. It was at that point that I saw a different crop, one which eliminated more of the bottom and gave a more elongated feel to the shot. The end result is what you see above.

Love to hear you thoughts on this, leave them in the comments below. Thanks!