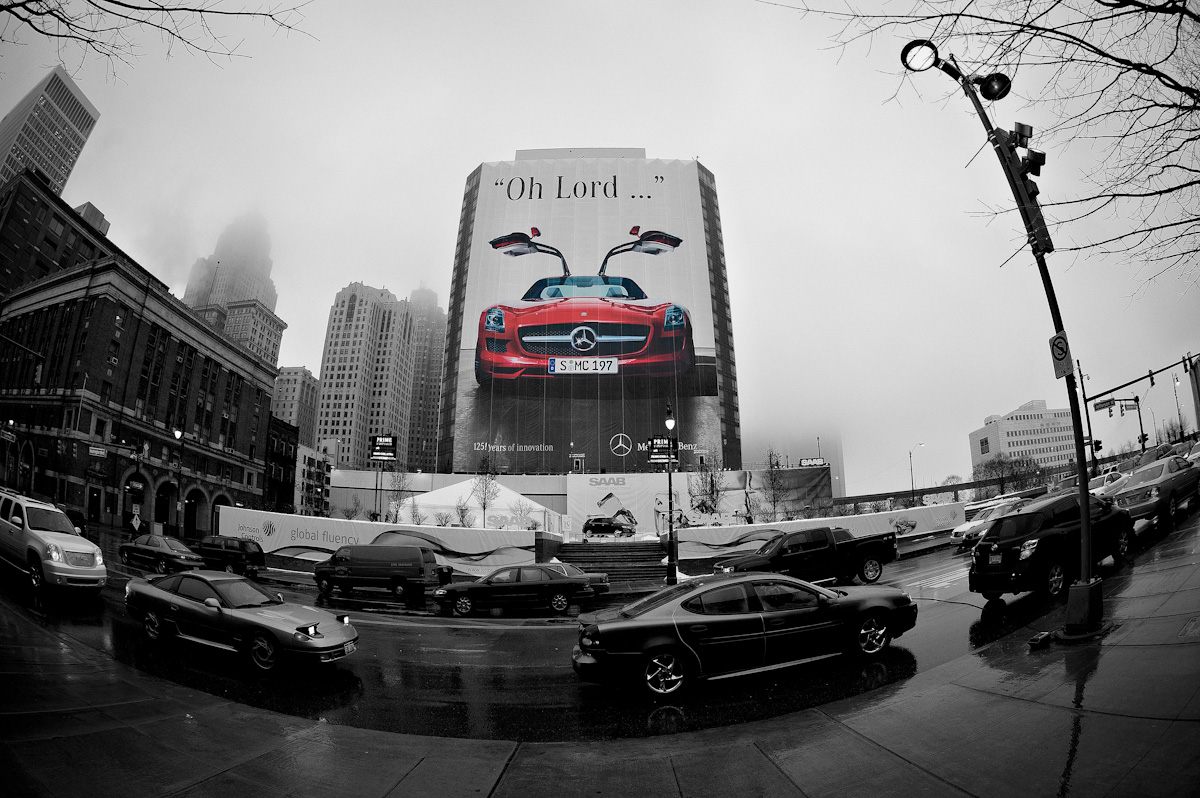 Every year Detroit hosts the North American International Auto Show, and in recent years there has been one day of the public show where they encourage photographers to come an hour before the show starts to take pictures. This is the third or fourth year that I’ve gone. It’s nice to be able to walk through the show when it isn’t very crowded. This shot was taken from the front of Cobo Hall looking across the street to the old Ponchatrain Hotel, now serving as a giant billboard for Mercedes Benz.

For processing I decided to go with a selective color on this shot. The weather was cold, rainy and foggy, which I thought looked good in black & white. I also felt that the colors of the cars in the street competed with the billboard. However, when the whole image was black & white the billboard sort of lost its impact. Adding the red back to the car made the billboard regain its emphasis.