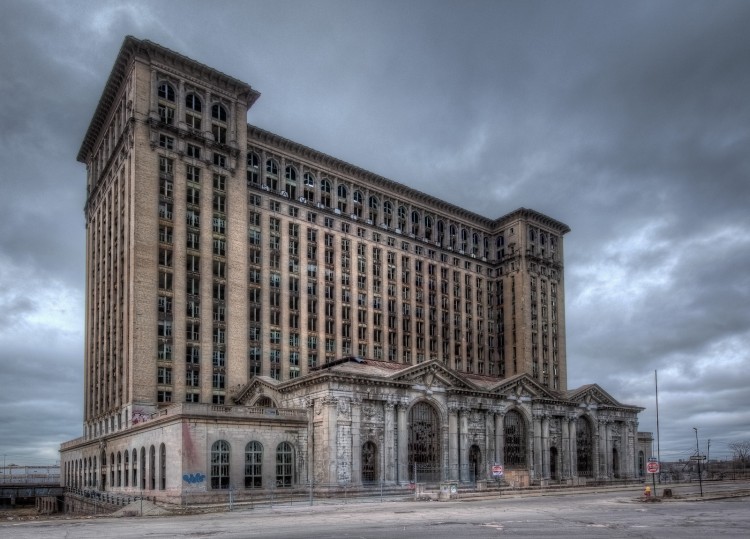 I took a short trip into Detroit to try out my new camera and a rental lens. I decided to get some more shots of the abandoned Detroit Central Railway Station (or Depot). The building has been abandoned for several years, but the beauty of the structure remains. I certainly hope that something can be done to save a least a portion of this building.

I took this shot with a Nikkor 14-24 lens on my D700. I had taken a series of shots with the thought that I would create an HDR, but I didn’t have my tripod with me and the resultant HDR was a bit fuzzy for my tastes. Instead, I used Lightroom to create a dark version of a light version of the shot, and then I used Photomatix to create an HDR from these two images. Since they were the same image, there was no need to deal with shifts so the image is much sharper. Other than the HDR work, the only other main change was to do some perspective correction on the building. I had to take the shot with an upward tilt, so I removed the tilt to square things up. Someday I need to rent a tilt-shift lens for this sort of shot. 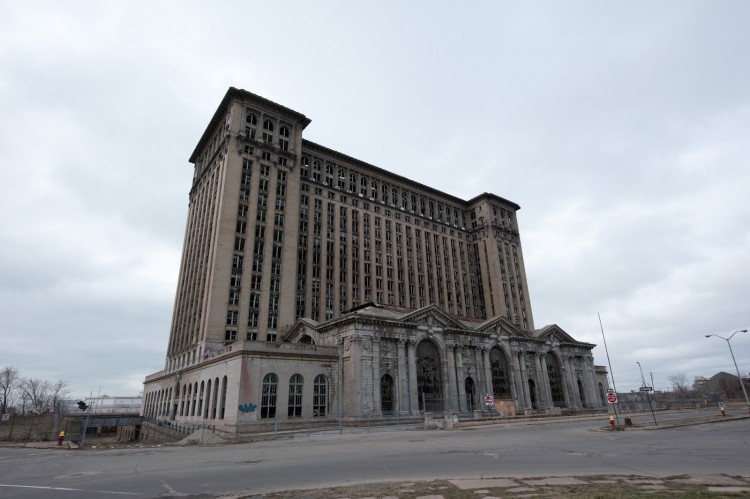 By way of comparison, here is a shot of the building in better times.