‘The Fist’ is a sculpture made in tribute to Joe Louis aka ‘The Brown Bomber’ and sits in the middle of a busy intersection in Detroit, Michigan. The 24 x 24 x 11.5 feet Monument to Joe Louis was commissioned by Time Inc. for the City of Detroit to honor Joe Louis. It was created by sculptor Robert Graham and installed at Jefferson Avenue at Woodward, Detroit on October 16, 1986. Over the years the artwork has been the subject of controversy.

This picture was taken during the Detroit edition of Scott Kelby’s 2008 Worldwide Photo Walk. The image was created from a color digital photograph converted to black & white. Some minor editing was done to the image to remove the cables from which the art hangs. The arm hangs underneath a metal pyramid, suspended by cables, and in the photograph, the cables were just distracting elements so I removed them. I added a slight vignette to focus the eye more on the fist itself. I finished things off by adding a platinum toning curve. 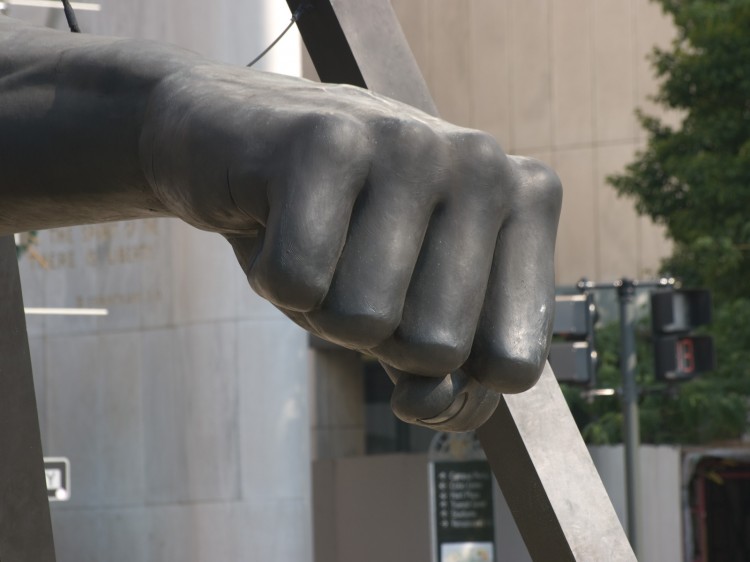